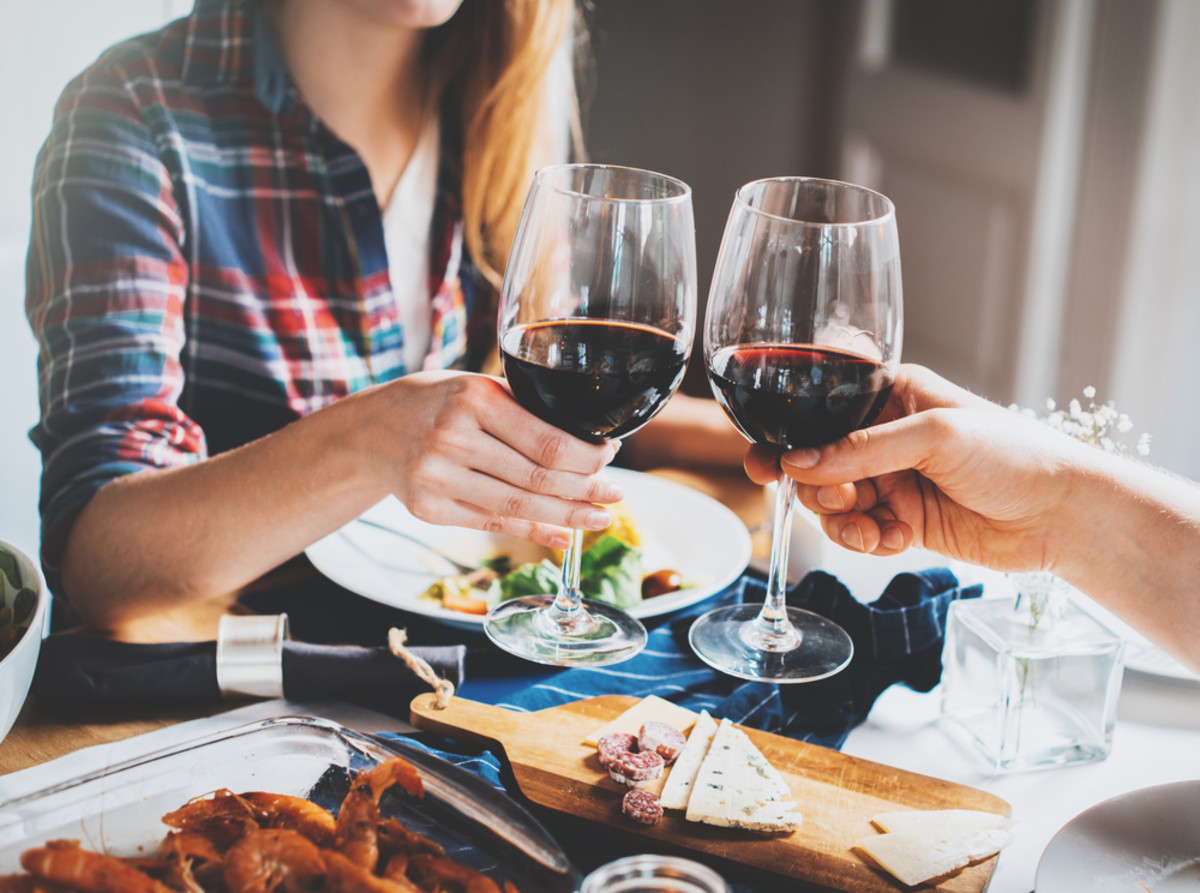 Alcohol as a Key Ingredient to a Healthy Diet

Evidence suggesting that alcohol is “cardio-protective” first appeared in the literature about 30 years ago. The Framingham Heart Study [the longest running population study of heart disease which began in 1948] provided the first solid evidence of this association. The relationship has now been confirmed by dozens of large population [“epidemiological”] studies. However, physicians have been reluctant to recommend alcohol consumption to patients because of the well-known health consequences of excessive drinking [hypertension, liver disease, increased rates of cancer, violent or accidental death] and the horrors that are associated with “drinking and driving”.

Moderation is the key. Many large studies have found that men and women who consume light to moderate amounts of alcohol per day live longer than those who abstain completely. The Physicians’ Health Study involved long term follow-up of 89,300 men. The study found that men who drank five or six alcoholic drinks per week had a 20% lower risk of all-cause mortality than those who drank no alcohol. On the other hand, the same study showed that men who had more than two alcoholic drinks per day had a higher risk of death than nondrinkers. That means that, when drinking moderately, it appears to be quite beneficial; however, higher alcohol intake increases the risks of cancer and motor vehicle accidents so much as to overwhelm any cardiovascular benefits.

How does alcohol protect the heart?

A large portion of the benefit may be attributable to increased levels of HDL [“good] cholesterol. Alcohol also has “antiplatelet” effects [making these natural blood elements less sticky and then less likely to clog arteries during plaque rupture] in much the same way as aspirin.
Moderate alcohol consumption may also help improve insulin resistance, which is just about one step below true diabetes and recognized as another independent predictor for cardiac risk. The Physicians’ Health Study also showed that in subjects who consumed alcohol daily, the risk for heart disease was reduced by 60% in diabetic patients, compared to a 40% decrease in persons who did not have diabetes. Moderate alcohol intake also decreases blood values for CRP [C-reactive protein], a metabolic marker for inflammation (elevated when you are in an increased state of oxidative stress).

The jury is still out as to whether or not wine provides a better protective effect compared to other forms of alcohol. Red wine is rich in flavonoids, which slow down oxidation of LDL [“bad”] cholesterol [which is one of the last steps before it is deposited in your artery wall]. One recent study suggested that light drinkers who avoided wine reduce their risk of all-cause mortality by 10%, while light drinkers who preferred wine had more than a 30% decrease in this risk. However, other studies have found that all forms of alcohol [beer, whiskey, etc.] were equally protective.

It is important to emphasize that alcohol [of ANY kind!] should be limited to one drink daily for women and at most two drinks daily for men [this is based merely on general body size and nothing else]. One drink is defined as 1.5 oz of distilled spirits (such as whisky, gin, and vodka), 5 oz of wine, or 12 oz of beer. Patients who have liver disease, who have a personal or family history of alcohol abuse, or who cannot limit their intake in a responsible manner should NOT start! However, since “all things in moderation” is a good adage for much of life, others can enjoy a daily alcoholic drink as part of a generally healthy diet.