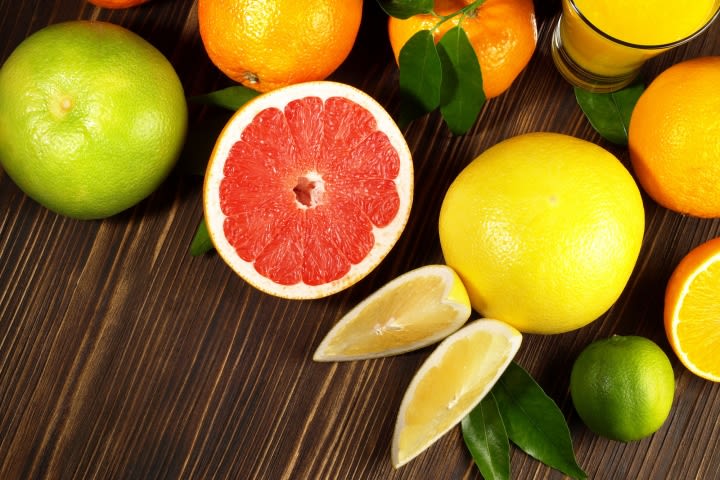 Citrus fruits are delicious. And jammed back with more benefits than many of us may realize.

Grapefruit can also reduce the risk of cancer caused by smoking. A study on the cancer prevention was done by the researchers at the University of Hawaii. The researchers found that drinking 6 ounces of grapefruit juice a day reduces the activity of a liver enzyme that is thought to activate toxic chemicals in the smoke.
On another front, scientists from the USDA and a Canadian company isolated a compound – polymethoxylated flavones (PMFs) – from orange and tangerine peels that can actually lower cholesterol in animals. They found that use of food containing 1% PMFs can lower cholesterol by 32 to 40%.

Grapefruits also promote weight loss. Researchers at Scripps Clinic in San Diego found that grapefruit may trigger weight loss by lowering insulin levels, an excess of which is linked to weight gain. Effect of grapefruits on weight loss was confirmed in humans. An early study by the same researchers confirmed that eating grapefruit or drinking juice with meal can help the obese lose weight.

So go ahead, add some citrus to your grocery list and consume the benefits of these tasty foods.