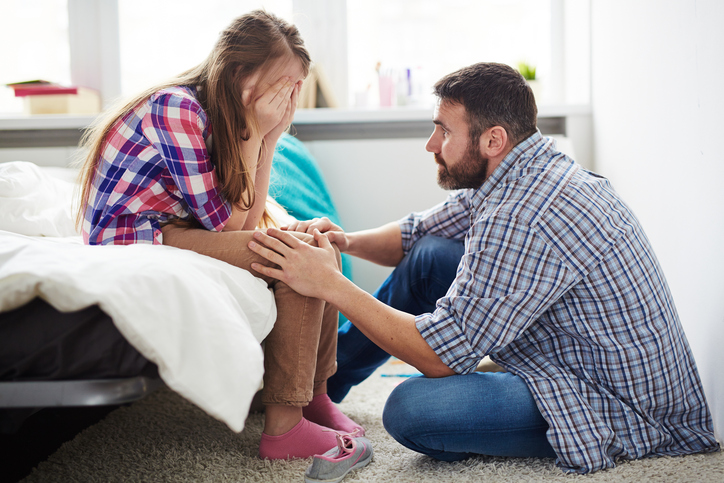 When first confronted with the concept of childhood depression, the normal reaction would be: “What does a child have to be depressed about?”

The question reveals two misconceptions most people have about childhood. The first reveals the general lack of understanding about depression. It is more than just the occasional bouts of sadness and feeling “down” when confronted with life’s difficulties. Depression is far more serious, more persistent, and can affect how we normally function.

The second misconception we have about childhood depression is that we generally believe childhood to be a happy, carefree period of our lives. And yet, we must keep in mind that children are powerless and have no control over their own lives. Now, imagine living day by day in this kind of frightening state.

When you are an adult and not suffering from depression, you always have the choice to change this state of affairs. But children are different because they do not have this choice yet, and hence the frustration that sets in as a result.

It should be noted that each child is different and so the factors that lead to childhood depression may also be distinct with different causes for each one. What is important is timely identification that there is a problem so that the proper treatment plan may be adopted.

Childhood depression manifests itself through the following signs:

If the child displays many of the symptoms listed above for longer than a few weeks, then childhood depression could be a possibility. It is normal for children to feel “down” on occasion, especially if there is a perceivable cause, such as disappointment in school or loss of a loved one. But if the feelings persists and they start to interfere with the child’s normal functioning, then seek professional help.