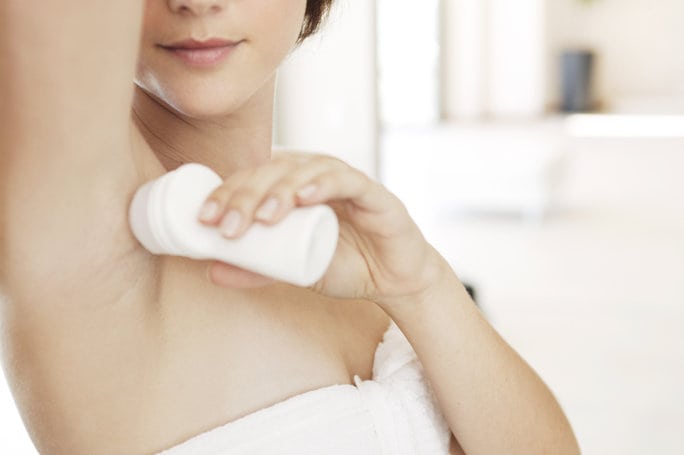 Most underarm antiperspirants contain as the active ingredient, Aluminium Chlorohydrate, as you will probably remember there has been controversy about Aluminium, since the 1950’s when it was a popular metal used for making cooking pots, Saucepans and Fry Pans and that it could be one of the contributing factors to Alzheimer’s, now we have another problem that could also be related to Aluminium, Breast Cancer.

Research shows that one of the leading causes of Breast Cancer could be the use of antiperspirants. The human body has a number of areas, that it uses to purge toxins from the body, these are, behind the knees, behind the ears, the groin area, and the armpits. The toxins are purged from the body in the form of perspiration and antiperspirant as the name clearly suggests prevents you from perspiring, thereby inhibiting the body from purging toxins from the armpit area.

These toxins do not just disappear, instead, the body deposits them in the Lymph Nodes below the arms, since it is unable to sweat them out. A concentration of toxins then builds up in the areas such as the armpits, which can then lead to cell mutations, which is cancer.

It cannot be ignored, that nearly all Breast Cancer Tumors occur in the upper outer quadrant of the breast area, this is where the Lymph Nodes are located. Men are less likely (but not totally exempt) to develop breast cancer prompted by the use of antiperspirants, because the antiperspirant is more likely to be caught in the armpit hair, rather than directly applied to the skin, but ladies, who shave their armpits, increase the risk by causing imperceptible nicks in the skin, which allow the chemicals to enter easily into the body through the armpits.

This article is aimed mainly at ladies, but please be aware that there are a few antiperspirants on the market that are made from natural products, but basically they would still trap the toxins in the same areas. The best solution is to use deodorants, rather than antiperspirants, also please remember that the Eight Essential Sugars in Glyconutrients can also help to fight off toxins.

There is a lot of controversy about this article, the medical profession scoff at the idea, and so do big business, but then again there are huge numbers of people that scoff at the problems associated with Fluoride in drinking water.  Doctors everywhere, they do a marvelous job, and they are appreciated, but they are reluctant to look at the bigger picture, also please remember that the fourth largest killer of people in the western world is prescription drugs.