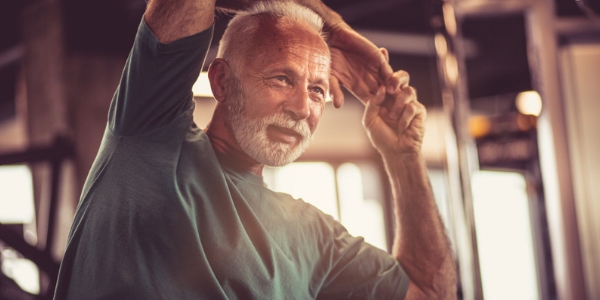 Lucky women. They’ve always known that sometime in their mid-40s they will begin to experience changes in hormone levels that will lead to uncomfortable symptoms and culminate in the change of life: menopause. It may seem odd to consider the certainty of menopause a lucky thing, but being able to openly talk about a medically documented event is liberating. Women can commiserate with each other and consult with their doctors for help dealing with uncomfortable symptoms. Men, however, have not had the luxury of receiving help for their mid-life discomforts. In fact, andropause, or male menopause, is not even widely accepted as a legitimate medical phenomenon.

There are several reasons the idea of Male Menopause has been received with skepticism. First, it’s a much more gradual event than a woman’s menopause. While a woman will experience a measurable and obvious drop in her estrogen levels beginning in her forties, a man’s testosterone levels begin to drop very gradually as early as thirty years old. Since the shift in hormones occurs so differently in men, the accompanying symptoms are also more gradual. For example, a woman may suddenly find herself irritable or depressed, and recognize that a change has taken place. But a man’s onset of symptoms takes much longer, so he may not recognize that he is changing.

Second, Andropause is not as final as women’s Menopause. When a woman’s estrogen levels decline sufficiently, her menstrual cycle will cease. She will be unable to bear children. Her ovaries will not produce eggs, and her uterus will not be able to sustain a pregnancy. She truly experiences a change of life: she has changed from a fertile human to one unable to procreate. This doesn’t happen with a man. Men continue to produce enough testosterone into their 80s to be able to father children. Even if a man cannot have intercourse and ejaculate to impregnate his partner, semen with sperm in it can still be collected and used to fertilize an egg. Perhaps the biggest reason that scientists have discussed andropause with skepticism is that men do not experience the change of life to the extent that women do.

Three, men are expected to be stoic about symptoms. Women have support groups, literature, and medical experts lining up to assist with the change of life. Decades-long, nationwide studies are done about the benefits and risks of hormone replacement therapy to treat menopause. Women talk about, joke about, and complain about their symptoms and discomforts. Men, meanwhile, endure their discomforts in silence. It’s not manly to whine about problems such as weight gain, thinning hair, difficulty achieving or maintaining erections, sleeplessness, or depression. And what man would ever want to discuss his loss of libido? Women talk, men cope silently. The sad thing is, coping is often easier when professional intervention can be openly sought.

Acknowledging the truth of male menopause is definitely the first step in helping men cope with the changes taking place in their bodies.