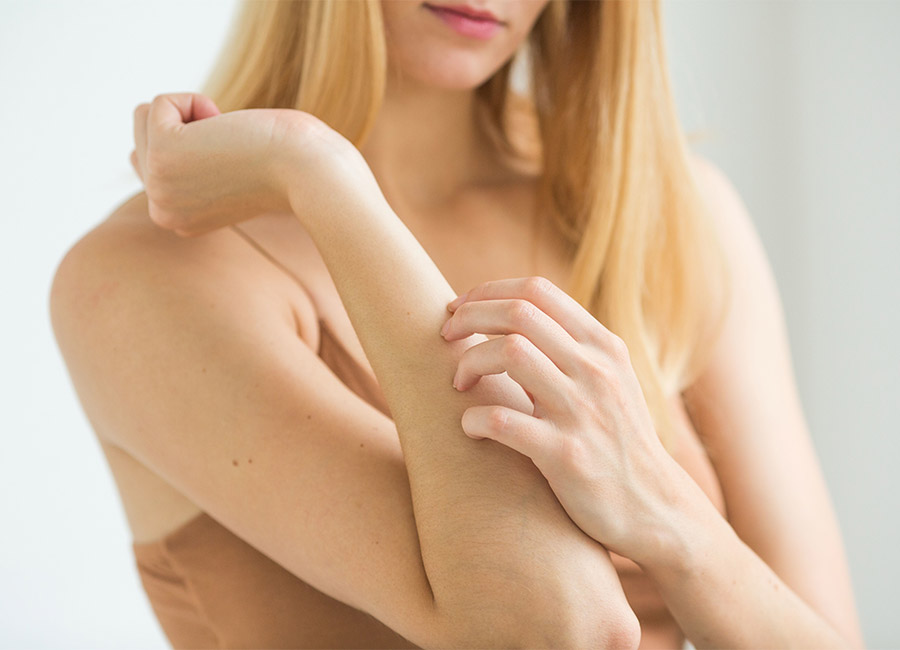 About Eczema: Conventional Versus Natural Treatment

Eczema is an inflammation of the skin frequently seen in association with allergic conditions such as asthma and hay fever. The parts affected by eczema, develop lesions which will often appear as patches, blisters and/or scratches. The areas affected by eczema are very itchy and uncomfortable. The affected areas may become abnormally thick. Thickening of the skin can be brought through trauma to the patches from scratching and rubbing. The affected spots will be typically dry in comparison to unaffected areas. The face, elbows, behind the knees, wrists are more likely to develop eczema than other body parts.

One of the major causes of eczema is the imbalance in a person’s immune function and is probably a form of response to the environmental substances such as dust, pollution, yeast, cosmetic products, chemicals such as: detergents, oils, greases, solvents at home or in the work place. In addition, stress can cause a depletion of certain body nutrients (vitamins and minerals), which ultimately leads to a sensitivity towards eczema.

Corticoid creams containing hydrocortisone are the most common conventional treatment for eczema. Hydrocortisone is similar to a natural hormone secreted by adrenal gland, which controls the inflammation process and actively participates in the ionic body balance. The hydrocortisone creams are effective for reducing inflammation, swelling, redness and itching thereby allowing the affected area to heal. In spite of temporarily reducing the effects of eczema, these creams can lead to skin thinning and damaging.

At high doses or at low doses for extended time the hydrocortisone can accumulate through the body and induce metabolic changes in salt and water balance, potassium and calcium balance and increases the blood sugar level. The reasons for accumulation are multiple. One important cause is the competition between the naturally secreted hormone and the topical hydrocortisone for the same receptors, which can raise the uncoupled hormone level. Another important cause is the steroid structure of the hormone, which makes elimination through the kidney difficult. The corticosteroid creams have to be used with a low dose of hormone and for short period of time as sometimes indicated on the label. On the other hand, sudden discontinuation of the corticosteroid cream can lead to the worsening of the eczema.

Herbal therapy is a mild but long lasting alternative for eczema treatment.
Many herbs are known for their beneficial qualities in the treatment of eczema such as:

They can be used as teas, tinctures or for topical treatment.

Since eczema is a complex skin disease one single herb is not enough to relieve the symptoms of the eczema or eradicate the disease. A complex mixture of beneficial herbs is more likely to succeed in the treatment.

The antioxidant therapy has been successfully used in the prevention and treatment of different skin diseases, which usually are characterized by a high percentage of free radicals at the site of the affected areas. A good example of natural antioxidants is Sea Buckthorn and Grape seed oils. They contain a wide range of antioxidants such as vitamin E, A, C, selenium, beta carotene, anthocyanidins, which can be beneficial in the case of eczema and other skin disorders.

In conclusion: Natural alternative may be longer than the conventional solution for eczema treatment but much safer for the skin and health in general.