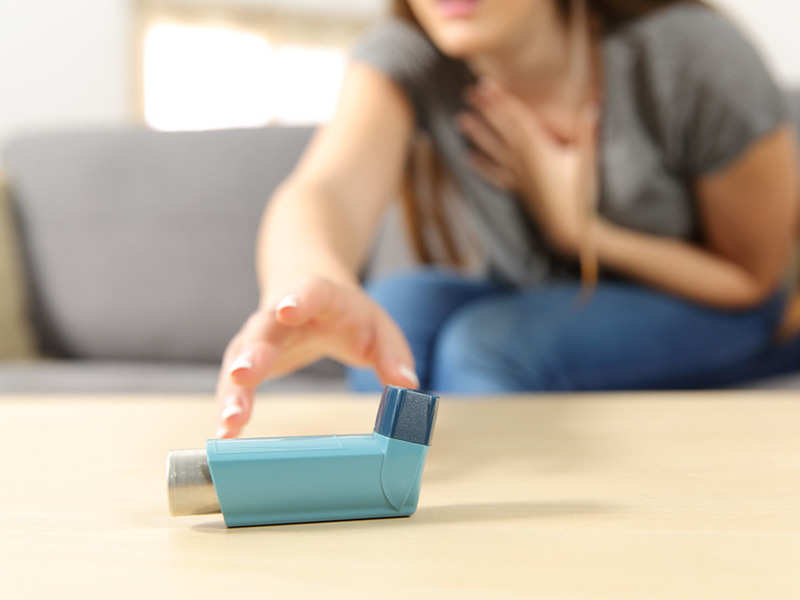 Does Someone You Know Have Asthma?

“Doctors define asthma as a “chronic inflammatory disease of the airways” . It is one of the most prevalent chronic conditions affecting Canadians. Asthma can be diagnosed at any age, but often starts in childhood. Its prevalence in Canada has been increasing over the last 20 years and it is estimated that currently over 3 million Canadians have asthma.

“The three strongest risk factors for developing asthma are family history, exposure in infancy to high levels of antigens such as house dust mites, and exposure to tobacco smoke and/or chemical irritants.

“Urbanization appears to be correlated with an increase in asthma. The nature of the risk is unclear because studies have not taken into account indoor allergens although these have been identified as significant risk factors.

“Experts are struggling to understand why prevalence rates world-wide are, on average, rising by 50% every decade.”

At first reading, there isn’t much extremely shocking in this report. But with a little research, in my opinion it becomes alarming.

First of all, the report was updated in April of 2005, yet most of the footnoted references are from the mid to late 90’s. So the report is about “Canadians” in general; children are still not identified as a unique segment of the population, their needs, habits and susceptibilities are not taken into special consideration, even though the studies all concur that asthma often starts in childhood.

Next, approximately 3 million Canadians have asthma. You have to put that into the context of how many Canadians there are, which in the year 2000 was about 31 million, with an annual growth rate of approximately 1%. So about 9.6% of all Canadians have asthma. Almost 1 out of 10. If 1 out of 10 Canadians were in a wheelchair, or wearing a cast, we would take notice. Alarming, since we treat it so casually. It’s a chronic disease, which means lifelong constant management and medication.

The world’s current (overall as well as natural) growth rate is about 1.3% per year, while prevalence rates of asthma world-wide are, on average, rising by 50% every decade. So asthma is occurring over 3 times more than can be accounted for by population growth. These are rough figures, just to give us an idea of what we’re looking at.

So it’s time to take steps to prevent asthma and other illnesses and diseases. At the very least, search for and buy the least toxic cleansers for household use. Get educated! Then, store all chemicals safely and securely away from children and pets.

Don’t allow smoking in your home, and be aware of and avoid air pollution, both inside and out. Air out your home completely three times a day. Did you know that cigarette smoke contains about 4,000 chemical agents, including over 60 carcinogens? The U.S. Environmental Protection Agency (EPA), the National Institute of Environmental Health Science’s National Toxicology Program, and the World Health Organization’s International Agency for Research on Cancer (IARC) have all classified secondhand smoke as a known human carcinogen—a category reserved for agents for which there is sufficient scientific evidence that they cause cancer.

The U.S. EPA has estimated that exposure to secondhand smoke causes about 3,000 lung cancer deaths among nonsmokers and is responsible for up to 300,000 cases of lower respiratory tract infections in children up to 18 months of age in the United States each year. If you have to smoke, just dig your own grave, don’t drag others with you!

This information comes from Asthma Society of Canada