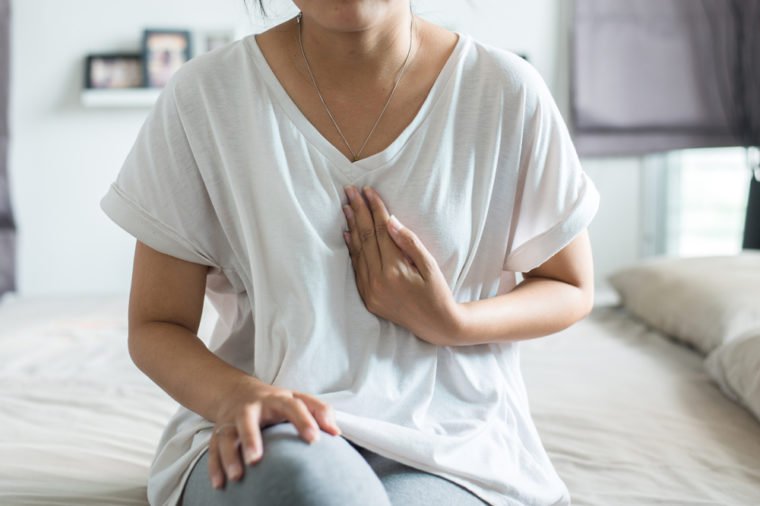 Have you ever wondered what really causes digestive problems? Did you know that most digestive disorders are not diseases at all, but conditions which can be completely cured by using natural techniques and remedies.

The medical community would have you believe that only prescription drugs can relieve the symptoms of indigestion. This is simply not the case. Antacids are, at best, a temporary fix and they are loaded with harmful ingredients such as sodium and aluminum. PPI drugs should only be used for eight weeks, at most. Then what are you to do? These drugs only mask and hide the symptoms and have hundreds of harmful side effects. They do not heal the condition! They do not make you well! They only make the drug makers wealthier at your expense!

I used to suffer from acute GERD. I was addicted to a PPI drug…..a “certain colored pill”. After several years of taking this drug, my condition became worse and I was told to double the dose. I began to feel sluggish and tired. My vision suffered and my blood pressure soared. I realized that these were possible side effects of this PPI drug. I did a computer search and found that there were hundreds of possible side effects. I was shocked and frightened at what I found! I was harming my body and I wanted to stop taking this drug! But when I tried to stop the PPI, he acid pumps, which had been shut off, went wild and produced more acid than ever before.

I can’t tell you how much I suffered. My esophagus was constantly burning and l feared that I would permanently damage myself. I couldn’t sleep at night. I was afraid to eat or drink anything but water! I was afraid to go out to dinner. I became a recluse. I began to loose my friends. They didn’t understand my problem. Friends would call and say, “Let’s go out for Mexican, barbecue or pizza”. Of course, I couldn’t. I loved to eat hot chili sprinkled with raw onions and jack cheese, but it was now my worst nightmare. My life had become unbearable!

I was determined to beat this sickness! My doctor couldn’t help me –no one could tell me what to do. I had to heal myself. I became completely dedicated to finding the answers. I studied and researched. I wanted to find naturopathic treatments as opposed to drugs, so I searched high and low for natural remedies that might actually cure acid reflux. I tried every possible treatment that exists, short of voodoo.

I found that the answers to the acid reflux problem are really quite simple. With a few changes in lifestyle and with the help of several natural remedies, one can absolutely beat the acid reflux syndrome, without the use of drugs.

Remember, that the reason this condition exists, in the first place, is due to a damaged esophagus. Let the esophagus heal by not eating the same foods in the same way, that caused the damage. Loosing weight, exercising, chewing properly, drinking sufficient amounts of water and elevating the head at night, are all simple things that anyone can do to improve this condition.

There are also many natural ingredients found in any health store, which an help during the acid reflux recovery period. Herbs, such as slippery elm and marshmallow have wonderful healing properties. Aloe vera juice, licorice and natural honey can sooth the esophagus and assist in the healing process.

By eating dinner at least three hours before retiring, one can drastically reduce the chances of acid reflux. Chewing gum between meals actually reduces stomach acid, and if you really have to have that pasta with tomato sauce, there is always baking soda as a last resort.

Eat smaller, more frequent meals. I eat four or five little meals each day. I start the day with Kukicha Twig tea. I then eat fruit, such as bananas and melons. I have several snacks of walnuts, almonds and more fruit. For lunch I eat a salad, made with grilled chicken breasts, or tofu, mixed with hearts of romaine, tossed with a light lemon and chive vinaigrette.

I have found that it pays to keep the food that you eat as alkaline as possible. I have developed some wonderful recipes, such as pasta primavera, baked chicken breasts on mushroom caps and sautéed white fish on mashed potatoes with green peas. You certainly don’t have to starve yourself, but I suggest that you stay away from those acid reflux “trigger” foods, until you have healed your irritated esophagus.

It does take a new approach to life, in general, to heal a stubborn acid reflux condition. Think of it as a fun challenge. You’ll feel so much better, it will have been work all the effort.

So please don’t resort to those “colored pills”. Yes, they are convenient, but potentially dangerous, in the long run. Take command of your own health and use natural resources to heal acid reflux.