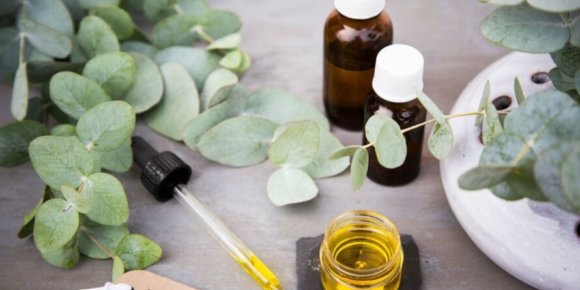 The Benefits of Iodine

Initially discovered as a new element in 1811 by Barnard Courtois, knowledge of this substance has come to include the host of benefits it brings to the body as an essential nutrient. For many years, getting enough iodine in the diet naturally was difficult in many geographic regions and remains so for an unfortunately high percentage of the world’s population in the developing nations. With the introduction of iodized salt, meeting the daily iodine requirement became nearly effortless and inexpensive in the industrialized nations. In these nations, iodine deficiency is now rare. As developing nations are able to make the shift to iodized salt, their rates of iodine deficiency and the diseases associated with it have also begun to decrease.

One of the main ways that iodine affects the body and health is through its interactions with the thyroid gland. Approximately 80% of the iodine found in the body is located in the thyroid. With the help of iodine, the thyroid is able to produce its hormones: thyroxine and triodothyronine. These hormones play a major part in regulating processes relating to growth and development of the body and influence the maturation of the reproductive system.

Because of its influence on the thyroid’s activities, iodine therefore plays a great role in the basic metabolism processes and levels in the body. It helps in overseeing that the body efficiently burns calories thus preventing excess calories from being stored as excess fats. It has a role in maintaining the energy level of the body and in helping the skin, teeth, nails and hair to he strong and healthy. Iodine also plays a big role in destroying toxins in the body and also helps the system in utilizing both the mineral calcium and silicone.

A deficiency in iodine can negatively affect the health and functioning of the body and mind in many ways some of which are more serious than others. The symptoms of iodine deficiency that affect the mind range from feelings of frustration and anxiety to depression to mental retardation stemming from an IQ point decrease of up to 15 points to the severe mental retardation relating to such diseases as cretinism which includes serious physical malformations. According to the World Health Organization, iodine deficiency is among the leading causes of mental retardation worldwide. Physical symptoms of iodine deficiency can include dry, scaly skin, fatigue, constipation, unusual weight gain, impaired thyroid operation, goiters, decreased fertility, increased rate of stillbirth, and growth abnormalities ranging in severity.

So for a healthy mind and body, be sure to consume the required daily dose of iodine.