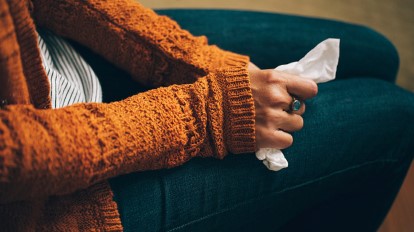 An Analysis Of Trauma

The common image for trauma and traumatic experiences usually encompasses the negative extremes of life. Rape, childhood abuse, war, mass destruction, and natural disasters are all seen as the causes of trauma. They are valid causes, to be sure, but they are not the only reasons. Certainly, they are the ones that have cast the greatest shadow over the collective popular consciousness, with things like post-traumatic stress disorder (PTSD) becoming more and more common knowledge. The images of Vietnam war veterans still unable to adjust to civilian life after so much time also take home with them things from the event as a grim reminder. However, people are still unaware of another piece in the puzzle. One that has potentially deeper consequences for the traumatized than PTSD.

Originally, the sorts of things covered by trauma were limited in scope. Originally, it only covered men who had survived the horrors of war and had their mental health permanently scarred by it. In some circles, this was referred to as “shell shock,” after the artillery shells that were frequently used to bombard infantry positions. Later on, it became one of the cornerstone examples of PTSD. In the 60s, the definition of emotional and psychological trauma was expanded to include women who had been battered, abused, or raped. This aspect came to also include children, who were just as likely to receive abuse and ill treatment as women were, and were often less likely to struggle effectively. In the 90s, the decade when so much research into neurology and the brain happened, the term “psychological trauma” came to cover an even wider range.

Research indicates that trauma may manifest in a person even if that person hasn’t endured extreme circumstances. Even something as relatively mundane as being rejected by someone or being involved in a car accident can be traumatizing to the right psychological framework. Previously, people could only be recognized as traumatized if there was physical harm involved, or a great risk of physical harm. Under the current definition, physical harm need not be present and, in a number of documented cases, the chances of being physically affected by the traumatizing event are statistically minimal.

It has been found that the events themselves are not the critical points, but how the individual perceives the events. This would explain why not all war veterans suffered from PTSD and why only a small percentage came back with irreparable harm done to their psyches. Studies have also learned that traumatic experiences tend to have certain factors in common between them. Chief among these factors is the unexpected nature of the event. Another factor is the lack of preparation for dealing with the event, which is to be expected due to the unpredictable nature of it. Finally, there should be a sense of loss of control over what happens.

Some people have stated that it is difficult to discern stress from emotional or psychological trauma. The symptoms are highly similar, even to trained experts in the fields of psychology and psychiatry. The best way to differentiate between the two would be to observe the details of the outcome. Most people who are merely stressed are able to talk about the problem and recover from triggers faster, while the traumatized cannot.