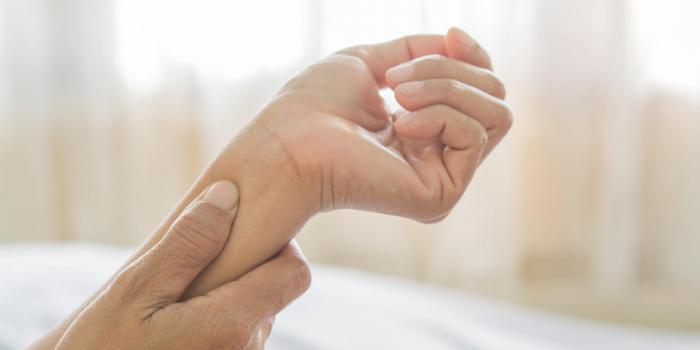 Tendonitis and the Effects on Your Routine

What turns out to be a small, yet annoying pain in your joint, can quickly turn into something much more debilitating. At first, you just think it might be a pulled muscle. Maybe I did a bit too much weight? But the intermediate to advanced bodybuilder knows what muscle soreness feels like after a workout. This isn’t it. But there is a potential solution.

My biceps routine, which was progressing quite nicely, turned into a non-existent routine (curling a 30lb dumbbell was impossible) after I was “officially” diagnosed with acute Tendonitis in my right arm (just below the elbow joint). The doctor said that this particular Tendonitis doesn’t heal. It can get less painful but the micro tears and damage are permanent. As usual, the recommendation was to 1) quit whatever aggravates it 2) use a cream that gives some heat to the area.

Rather the follow rule #1, because if you are a hardcore bodybuilder, just quitting the exercise isn’t how this injury happened in the first place. I found something that worked. I didn’t want to quit doing bicep curls. Bicep curls are one of the most recommended exercises for building mass. It’s a simple, basic movement that works.

I did stop doing biceps movements until the pain subsided. Once the pain was significantly less, I decided to adjust my form, have a spotter assist on certain bicep exercises and used a topical cream (Biofreeze by AST). I changed the movement to go strict on any and all bicep exercises. My arms are now tight to the sides with constant tension on the muscle. Using a spotter for dumbbell bicep curls helped me eliminate the natural tendency to flare out the arms to get that weight to the completion phase of the exercise. Heavy weight with the arms slightly out tends to put a lot of pressure on that tendon.

Taking a break from the exercises allowed me to heal enough to think rationally about the adjustments I needed to make in my routine. Going back to strict form, using a topical (heat) cream and having a spotter assist with a few of the bicep movements has all but eliminated (in a medical sense) my Tendonitis . I suffer no more pain from bicep movements because of these modifications.