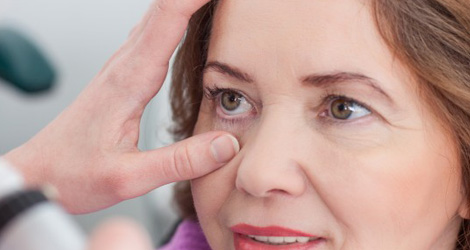 Diabetes and Your Eyesight

What does diabetes mean to a common man? Sugar? But it’s not that simple. Diabetes is a multi-organ disease that affects almost all parts of the body simultaneously and eyes are most commonly affected. The side affects of diabetes can be prevented or delayed by being in touch with doctors.

Early diagnosis and treatment goes a long way in preserving good eyesight throughout life. Sometimes, diabetes may be first detected by manifestations in the eye like infections, boils, styes, recurrent redness, mild haziness of vision, double vision, frequent change of glasses for reading, difficulty in focusing near or distance, difficulty in driving especially at night, glare etc. as these signs also appear in established diabetic patients. In the presence of these suspicious symptoms or when in doubt it’s wise to have detailed eye testing from a specialist.

The main affect of diabetes on eyes is a matter of concern since it can cause permanent untreatable blindness – diabetic retinopathy. In simple terms it means diabetic affects or deposition on retina of the eye. In early stages diabetic retinopathy many not have any symptom to warn you of it happening inside the eye. This can only be detected by detailed, meticulous examination of the retina. This early detection is only possible by awareness and understanding of the disease, regular eye examination, minimum once a year, unless told otherwise by the eye surgeon, early referrals by diabetologists, endocrinologists, treating physicians and general doctors, all of whom need to get their diabetic patients cleared of diabetic retinopathy, off and on, as they do to rule out other complications of the disease.

In fact, in this early stage, when there may be just a thickening of the retina or presence of tiny blood clots due to diabetes, called CSME, even in the presence of normal 6/6 vision, laser treatment benefits the patient the most. If diabetic retinopathy is diagnosed at a later stage, it progresses to severe stage with abundance of hemorrhages, exudates and fluids and formation of new blood vessels, ultimately leading to complete blindness due to total bleeding inside the eye, which requires major eye surgery to retrieve a little bit of vision that could have been almost 100 percent in earlier stages.

Uncontrolled diabetes and diet, blood pressure, excess weight and cigarette smoking are not good associations. It is absolutely necessary to get your eyes tested when your treatment is shifted from oral drugs to insulin because the latter can cause start/worsening of diabetic changes in the retina, and that too at a fast speed. Diabetic retinopathy in pregnancy should be carefully monitored. Cataract surgery can worsen the retinal condition and get it checked immediately after the surgery. Diabetes can also cause fast maturation of cataract.