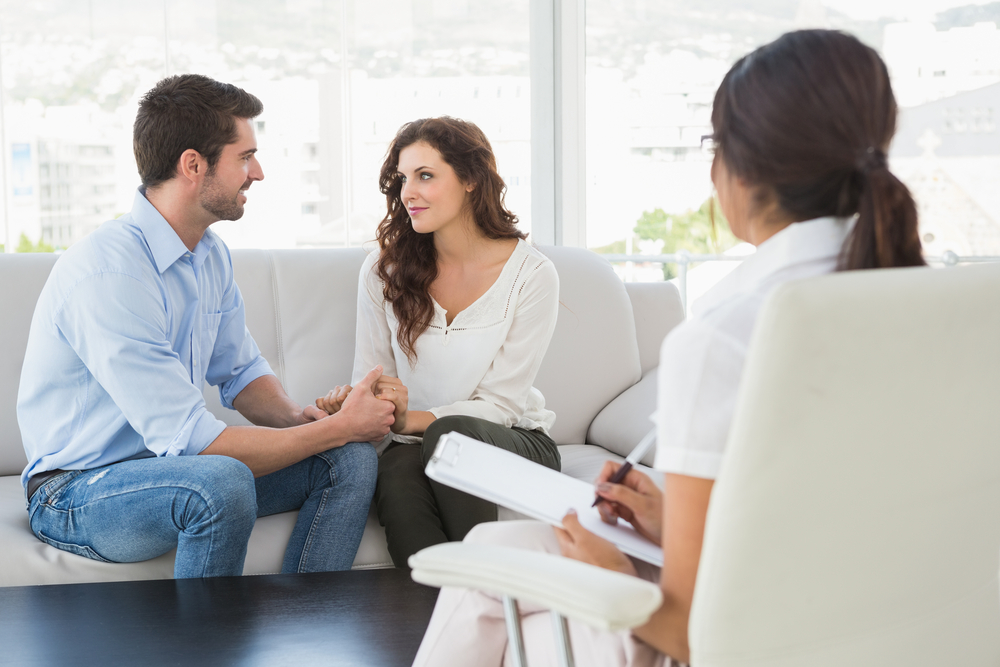 They say a healthy and harmonious relationship promotes well-being to the people involved in it. But what happens when the marriage starts dwindling? When the sparks seem to have disappeared? Anxiety builds up – anxiety that will destroy the couple’s general outlook on relationships. And what’s the first solution that comes to mind? Marriage counselling.

But before trying to save a dwindling relationship, we need to understand how many stages marriage passes. There are 4 stages that every successful marriage goes through. These are: Romance or Honeymoon stage; Reality stage; Accommodation stage; and the Transformation or Success Stage.

Stage one, the honeymoon stage. Newlyweds are still caught up by the excitement and romance of their relationship. At this point, sexual attraction is still at its strongest. At this point in the marriage, partners disregard differences, sometimes even taking it as a good thing, as they discover each other and sharing a life together. During this stage, couples think that the marriage will go smoothly and will work itself out naturally. Couples, at this time, think that their relationship will last forever as they are overflowing with love.

Stage two, the reality stage. This stage is where reality starts setting in. This is when the couple start learning more about themselves and each other in different situations they haven’t gone through as a couple before. Some of the situations the couple may encounter may not agree to their prior expectations and may end up causing conflict. Oftentimes, couples notice that there are more things they disagree on during marriage as compared to when they were still dating.

This stage is the most challenging part of the relationship, and puts the marriage at higher risks of affairs and divorces during the first two years. The reality stage brings about certain feelings of disappointment, isolation and a let-down after the excitement of the wedding period. Couples start harboring feelings of anxiety towards the whole marriage and often misinterpret this natural transition as incompatibility and start thinking that they’ve chosen the wrong partner.

Also, during this phase, sex feels more of a routine as the excitement fades away. Some couples equate this to losing the so-called “spark” of the relationship and is also misinterpreted a lost of times. Couple who have not foreseen this stage of the marriage begin feeling alienated and start drifting apart at this point in the relationship.

Stage three, the accommodation stage. This is when couples work out their differences to renew the strength of their bond. This includes learning the needs of both partners and how to manage differences and areas of conflicts, and it should be done in a humble, down-to-earth manner.

Stage four, the transformation or success stage. At this part of the marriage, the couple gets to enjoy the benefits of the marriage that is both capable to satisfy their needs and provide them mutual support. This eventually lead to a longer lasting intimacy as the couple shares all the experiences of ups and downs. This is the part where the couple enjoys the rewards of the hard work they put in during the reality and accommodation stage, and work to keep the relationship working smoothly.

As mentioned earlier, during the reality stage of the marriage, couples grow anxious of each other as differences and conflicts of interest start resurfacing. As feelings of anxiety grow, so does the fear of having chosen the wrong partner. Couples then experience more and more difficulty getting along with each other and tend to want to break free from the marriage. This is where marriage counselling comes into play. During marriage counselling, doctors or trained professionals help the couple understand each other’s differences and help them work through it. This may also entail discussing the couple’s sexual activity and how each partner feels about it. Couple’s therapy may touch on sensitive issues such as infidelity, divorce, substance abuse, physical or mental illnesses, finances & unemployment, infertility; which could all end up harmful to the partners both physically and mentally. Counselling helps restore the intimacy and prosperity of the relationship. Of course, no amount of counselling or help will work without both partners consent to undergo such a process.

Keeping a relationship, to be more specific, a marriage, is difficult and requires work. Love may be the reason couples are together, but it isn’t the only thing that binds them together until the end. It is important for would-be couples to understand these normal stages of marriage development before tying the knot to be prepared for whatever may happen during the marriage. Understand these development stages minimizes adjustment issues and helps set more realistic expectations of the relationship.