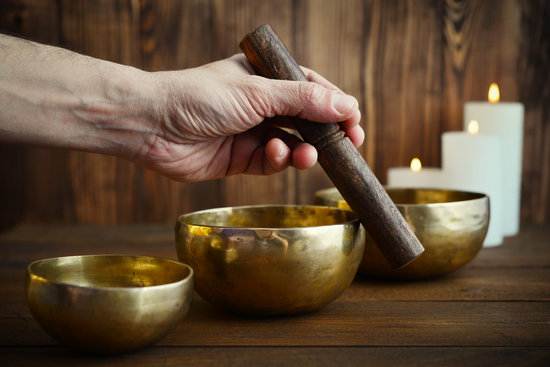 Vibrational medicine attempts to treat people with various forms of pure energy. The influence of alternative medical systems such as Chinese, Ayervedic or Tibetan medicine have led in part to the development of machines that can ‘image energy’. Heat energy imagers are an accepted part of our technology. We readily accept imaging heat, even though we can’t see it, because heat is something we can sense through touch. With the ‘energy body’ it is not so straightforward. Very few of us have experienced this for ourselves and there is apparently no sensory backup to tell us it is there.

Experiments in ‘electro-acupuncture’ and Kirlian photography have led to an energy map of the body identical to that shown in traditional Chinese medicine. The meridian system is seen as an interface between the physical body and the energy body. Applications of resonant energy to the meridian system promote healing in a number of dis-eases, by altering the energy of the ‘root system’ concerned in the dis-ease. Much of this work seems to be ‘undercover’ and information and the manufacture of equipment for treatments of this nature is actually suppressed through legislation.

The etheric body, acupuncture meridians, chakras and nadis and other multi-dimensional aspects of the human are described by ancient schools of healing throughout the world. Western medicine in its reductionist stance, ignores these aspects because they can’t be studied under a microscope. Only now, at the beginning of the 21st century are some doctors starting to catch on.

Vibrational medicine interfaces with subtle energy fields that underlay the functions of a physical body. It is based on the idea of resonant frequencies, similar to a tuned string on a musical instrument resonating with anything tuned to the same frequency, or an opera singer smashing a glass by singing at a certain pitch. Some sciences and philosophies have recognized vibrational elements as an important part of the universe. It is proving difficult to link these new sciences with the dogma of Western medicine. Even as long ago as 1928 Thomas Sugrue recognized vibrational elements at work in the human body:

“The human body is made up of electronic vibrations, with each atom and elements of the body, each organ and organism, having its electronic unit of vibration necessary for the sustenance of, and equilibrium in that particular organism. Each unit, then, being a cell or a unit of life in itself has the capacity of reproducing itself by the first the law as is known as reproduction-division. When a force in any organ or element of the body becomes deficient in its ability to reproduce that equilibrium necessary for the sustenance of physical existence and its reproduction, that portion becomes deficient in electronic energy. This may come by injury or disease, received by external forces. It may come from internal forces through lack of eliminations produced in the system or by other agencies to meet its requirements in the body.”
Edgar Cayce (1928) from There is a River by Thomas Sugrue.

Experiments in high-energy particle physics and the new field of quantum physics show us that nearly all matter is energy. In some sense we are made from ‘frozen light’. As beings of energy we are influenced by and can be treated by energy and modern medicine is all too slowly realizing this.

Medical science, alternative medicine and quantum science are merging in a few specific places. For example M.R.I. (Magnetic Resonance Imaging) as mentioned previously, places the patient in a strong magnetic field that passes waves through the body. The computer creates an image by analyzing changes in the magnetic alignment of the hydrogen protons in our cells. This is essentially an ‘energy imager’ but is used only for physical diagnosis.

A key principle behind M.R.I. is that the atoms under study (hydrogen) are being stimulated by the transfer of energy of a specific frequency. The energy is only absorbed by the atom if it is of a particular resonant frequency. Systems which produce frequencies that resonate with the biological phenomena being studied have the greatest chance of successfully imaging indicators of disease. M.R.I. promises much new diagnostic information about the body, showing even more detailed cellular pictures of structure and function. It is still looking at only physical molecular imaging – a sophisticated application of a Newtonian philosophy.
Cancer is already treated by radiation therapy, the application of gamma rays which can be focused at certain depths within a patient. This is used in a ‘Newtonian science’ way – primarily to destroy the lump. Any notions of vibrational levels that resonate with the patient are unresearched, because this aspect of us doesn’t exist to Western scientific medicine.

What is needed now are imaging systems that allow healers to look to the level of energetic causes of illness and not just the biochemical abnormalities accompanying established disease. Truly preventative medicine awaits an imaging system that will prove to doctors that there is more to human beings than mere flesh and blood.

Devices capable of sensing vibrations in a person are appearing, one such uses voice analysis to identify missing frequencies. Practitioners are astounded at the accuracy of their findings and the speed of results in supplying that frequency to a patient. This tool is allowing switched-on energy workers to heal without having to diagnose, because the treatment gets to the energy root problem directly.