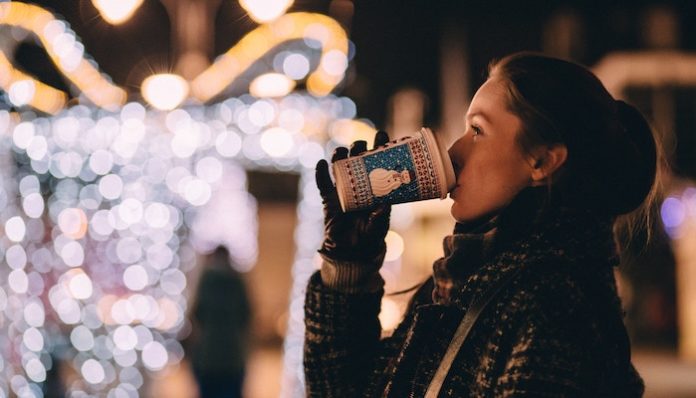 How To Enjoy Being Single In A Couple’s World

It’s sometimes easy to forget how great the single life can be when you’re surrounded by loved-up couples and fending off your mum’s clumsy attempts at matchmaking. What’s the problem with being single? Nothing, of course – except that sometimes the sight of your coupled-up friends all over each other , or a stranger holding hands with her boyfriend in the street, can make you suffer a sudden attack of single panic – the feeling that you’re alone in a world of twosomes. But don’t despair, you just need a dash of single-survival therapy.

Many women see being single as just a waiting period between men, but there’s no better time to learn about yourself, explore opportunities and do all the things you were too busy to do with a boyfriend. All it takes is the right mindset – so follow these strategies for feeling fabulous when you go solo.

Indulge Your Desires – When you’re single, you live life on your own terms. Meaning you can move to a new city or head off to the Caribbean for a week without having to take someone else’s needs into account. Single women who have more freedom often see more of their friends and have more opportunities to do what they want, when they want. You also have time to pursue interests you may have previously put on the back burner. Let’s be honest – it’s hard to squeeze in me – time when you have a man. So take advantage of this period to travel, start a course, or go on a self-improvement kick.

Savour Small Encounters – Cursing into a situation like a dinner party where you know there’ll be lots of couples may sound scary. But, armed with the right attitude, it’s a golden opportunity. See, unlike your attached friends, you’re a sexy agent, able to flirt around the room and flirt up storm, not having to worry about a bad-tempered partner brooding in the corner. In fact, it’s those guilt-free, ego-boosting moments that make single life so much fun (especially when you’re the envy of every ball-and-chained girl in the room). Single women are often so caught up in getting a man, then don’t appreciate the coy, carefree encounters that make being unattached exciting. So train yourself to revel in those opportunities. One you’re back in a relationship, you’ll miss that anything-can-happen rush you get from meeting new men.

Don’t Give In To Brainwashing – Ask yourself this: what’s so bad about being boyfriend-free? We line in a society that sends out messages to women: while the media glamorizes being single, there’s still that old-school message from friends and family that says it’s sad and pathetic. So don’t let your coupled-up friends. ‘Don’t worry, we’ll find you a man!’ into your psyche. Tune them out and you’ll realise you’re having a good time. If you’re enjoying the single status – going out with friends, pursuing you own interests – let others know. That way, they’ll quit obsessing about your single, status and you can get back to the task at hand: flirting with the hottie who whipped up your latte.

Okay, so you’ve get the right attitude, but what do you say to those unwanted voices?

Your parents ask: ‘So, have you met any nice young men lately?’
You say: ‘Well, I’ve been hanging out a biker bars and AA meetings, but so far nothing.’

Your ex asks: ‘Found yourself another bloke yet?’
You say: ‘Actually, funny you should ask – I;m into women now.’

Your friends says: ‘I think you’re being way too picky.’
You say: ‘Didn’t your ex live with his mum?’