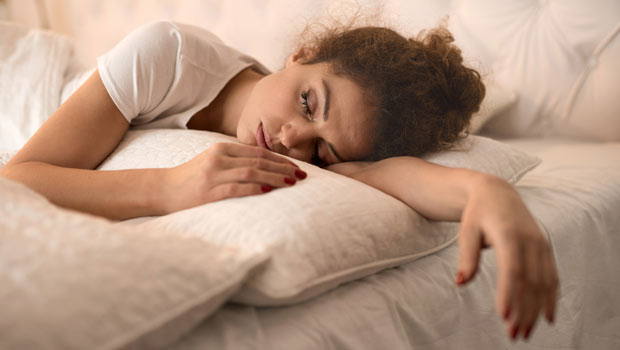 The Stages of Sleep

It’s 11:45 pm. It’s time for a journey. Perhaps you’ve begun this journey several hours earlier. Perhaps you won’t begin for several more hours. No matter. You’ve undertaken this journey an uncountable number of times in your life, and know the path well. But it’s time to take with fresh eyes. To take it stage by stage, and to understand the science behind the mystery.
Are you ready? Let’s begin.

Stage One: This is the beginning of sleep, as you lie in your bed, head on soft pillows and comfortable blankets pulled up around your chin. At this point, you’re easily awakened, by loud noises, flashing lights, or other distractions. Your eyelids flutter, and your heart rate and breathing begins to slow as you begin to drift in and out of sleep.

After about 10 minutes, you might have a hypnic jerk- the sudden feeling of falling that wakes you up, but soon you’ll drift into the second stage.

Stage Two: Light sleep: Eye movements stop, heart rate slows. Your body temperature drops, and brain waves slow down as you officially fall asleep. Most of the night, 45% is spent in this stage.
Think of stage two as good nap; you’re asleep, and won’t be aware of most distractions, but you can still get up easily. You feel refreshed, energized after a good nap. But your body needs more sleep than just naps, and so you then fall into deep sleep.

Stage Three: This is deep sleep. You don’t move at all; no eye movements, no muscle movements, nothing. Your brain produces mostly delta waves: big, slow brain waves, in sharp contrast to the fast, jagged waves your produce when awake. If all goes according to plan, you will soon move to stage four.

Stage Four: Congratulations; you’ve made it to the last stage of sleep. It’s taken over an hour to get here, but you made it. You’re fast, fast asleep. Be careful though, this is the point where some children wet the bed, or have night terrors.

You can be woken up, but you’ll be groggy and slow. If you wake up at this point, you’ll likely hit the snooze button once or twice, vigorously rub your eyes and drink several cups of coffee.
Now what? If stage four is the last stage, what happens next? Well, stage four is hardly then end of your journey. You’ll backtrack a little, first to stage three, and then to stage two, but then something miraculous happens. After revisiting stage two, you make the jump to the best part of the journey: dreaming.

REM Sleep: This is where dreams take place. Travel the world, the universe. Take flight and soar above the trees. Fall in love again and speak to long lost friends and relatives. Anything is possible.
Breathing increases, your eyes flutter about, giving this stage its name: Rapid Eye Movement. Brain activity increases dramatically, close to the level of when you’re awake. Men develop erections.

Your brain blocks singles to your body, paralyzing your muscles, done to prevent you from acting on your dreams. However, this can have one of two consequences. One is that the muscle paralysis works too well, as is the case with sleep paralysis. Or, the paralysis might not work at all, and you end up sleep walking.
Now, after 8 hours and 5 cycles, it’s 8 am, and time to end your wondrous journey. It has given you a new lease on life; feeling energized and rested. Go now. Go now and seize the day. Make the most out of life, and come home each night feeling satisfied, eager to began another incredible journey.