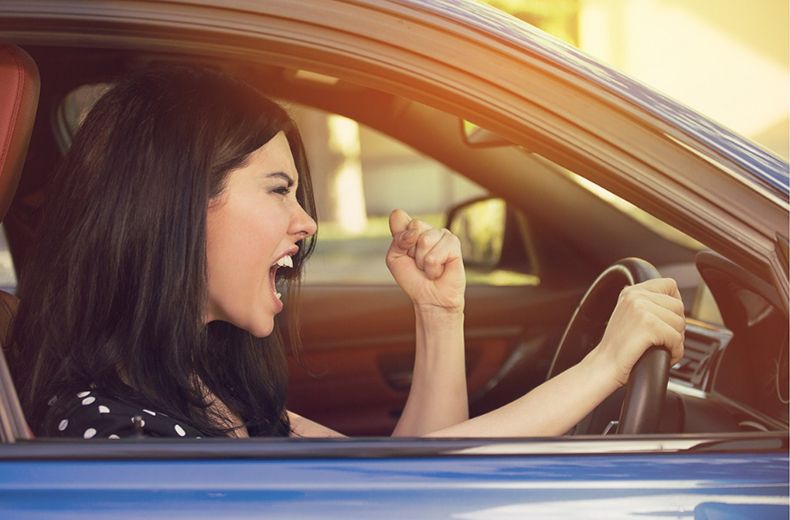 The Startling Statistics On Road Rage

1 out of every 2 drivers who are the recipient of an aggressive behavior while they are behind the wheel will respond in kind.

Here are some more startling stats:

The Movie, ANGER MANAGEMENT, has a novel technique for solving road rage and a sense of time urgency in traffic.

Dave Buznik, a soft-spoken businessman played by Adam Sandler, is ordered to undergo anger management therapy by Buddy Rydell (Jack Nicholson) an unorthodox psychologist.
While Buddy is riding with Dave to work, Dave becomes increasingly anxious and upset about being late. Buddy (Nicholson) reaches over and pulls up the emergency brake in New York rush hour traffic, then takes the keys out of the ignition.

Buddy refuses to return the keys to Dave until they sing a few verses of “I Feel Pretty” from WEST SIDE STORY.

They sing while New Yorkers drive around them cursing, yelling and making rude gestures.
This illustrates that you can DO things to change your mood. Take action. Drive slower. Sing. Distraction is one of the best tools to change your angry mood.

I may never be able to have a good road rage again, just thinking of those two singing “I FEEL PRETTY” with the full chorus and orchestra coming up in the background…it’s going to be hard even in Houston traffic where armed “red necks” in pickup trucks are ready to shoot you for cutting in front of them.
This summer I am armed with the lyrics and the tape of WEST SIDE STORY queued up and ready to sing to those hot and bothered red necks when it is 100 degrees and the humidity is 98%. I can hardly wait.

I feel pretty,
Oh, so pretty,
I feel pretty and witty and bright!
And I pity
Any girl who isn’t me tonight.
(85% of Road Ragers are men)

I feel charming,
Oh, so charming
It’s alarming how charming I feel!
And so pretty
That I hardly can believe I’m real.