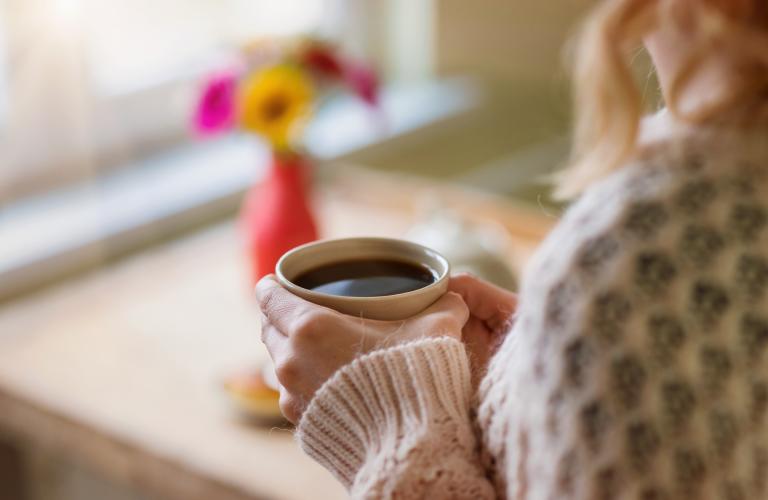 Migraines and Caffeine: Friend or Foe?

Migraineurs have a love-hate relationship with caffeine. For many, the vasoconstrictor helps alleviate their migraine pain. For an equal number, the chemical is a migraine headache trigger. The relationship between caffeine and migraines is anything but straightforward. For many- caffeine helps those pesky and painful migraines and headaches, while for others- it worsens the symptoms.

For caffeine addicts who discover that their daily cuppa is a migraine trigger the problem of caffeine is particularly thorny. People who regularly consume large quantities of caffeine often experience withdrawal headaches if they do not get their regular java jolt. If they are predisposed to migraines, the headache they get if they cut out the caffeine is going to be a doozy. Many people think caffeine withdrawal alone can bring on a migraine. Regular caffeine-aholics are advised to lower their caffeine intake slowly so they do not send their body into withdrawal.

When your head hurts, you want relief fast, anyone who has had a headaches knows this.
Whether it’s a run-of-the-mill tension headache or a migraine, caffeine can help a lot of people. That’s why it’s an ingredient in a lot of popular pain relievers. It can make them as much as 40% more effective. Sometimes you can stop the pain in its tracks just by having caffeine alone.

Caffeine helps reduce inflammation, and that can bring relief. It also gives a boost to common headache remedies. Whether you use aspirin, ibuprofen, or acetaminophen, they can work faster and better and keep the pain away for longer when combined with caffeine.

Many migraine pain relievers include caffeine. The vasoconstrictive action of caffeine helps relieve migraine pain for some people. One current theory of what exactly goes on in the head during migraine proposes that arteries in the temple get inflamed during an attack and vasoconstriction would reduce the inflammation. Another possible reason to include caffeine in a migraine medication is because it acts as a supplement to the main analgesic. Studies have shown that many analgesics function more efficiently and pack a greater punch when paired with caffeine, though no one is sure exactly why.

However, on the down side-what makes caffeine effective in pain relief can also cause headaches.Since caffeine narrows the blood vessels that surround your brain, when you stop taking it they expand again, and that can cause pain.

It’s easy for your body to get so used to the effects of caffeine that when you don’t have it in your system, you have withdrawal. A headache is one of the symptoms. This can happen when you have caffeine regularly, even as little as a cup of coffee a day.

Caffeine shows up in many unexpected places, so migraineurs who are sensitive to it (not all are) need to be vigilant label readers. Everyone knows about beverages, things like coffee and colas. Caffeine is also found in many clear or fruit-flavored sodas. Caffeine can be found in chocolate; the darker the chocolate the more caffeine it contains. Caffeine is in many over-the-counter analgesics, and not always clearly labeled. Migraineurs should be especially warty of caffeine in over-the-counter migraine formulas of regular medications.