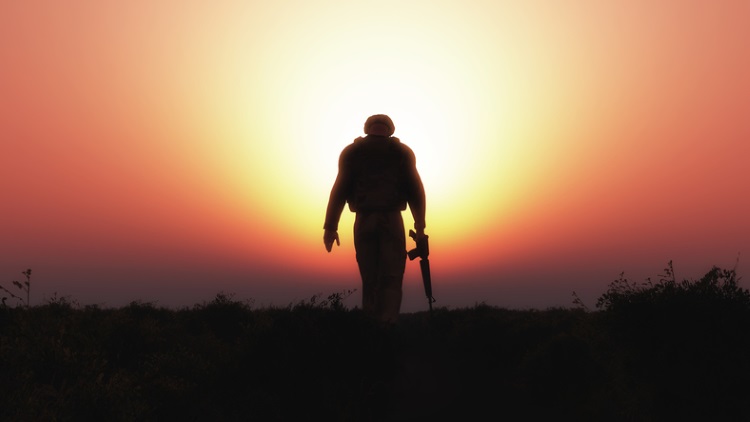 After The Battle: Still They Suffer

In Flanders fields the poppies blow
Between the crosses, row on row,
That mark our place; and in the sky
The larks, still bravely singing, fly
Scarce heard amid the guns below.
We are the Dead. Short days ago
We lived, felt dawn, saw sunset glow,
Loved and were loved, and now we lie,

In Flanders fields.
Take up our quarrel with the foe:
To you from failing hands we throw
The torch; be yours to hold it high.
If ye break faith with us who die
We shall not sleep, though poppies grow
In Flanders fields.

One of the most memorable poems in war history, written by Canada’s John McCrae- whom volunteered for World War I in 1914 and served as a brigade surgeon for an artillery unit. The following year, he had a front row seat to the horrors of the Second Battle of Ypres, where the Germans launched an assault that included the war’s first use of poisonous chlorine gas.

While tending to the wounded and mourning the dead, McCrae put pen to paper on “In Flanders Fields,” a poem written from the point of view of fallen soldiers whose graves are overgrown with wild poppy flowers. John McCrae died from pneumonia and meningitis in 1918, but not before the poem became one of World War I’s most popular and widely quoted works of literature. Among other things, it inspired the use of the poppy as the “flower of remembrance”.

World War I was one of the great watersheds of 20th-century geopolitical history. Also known as the Great War, began in 1914 after the assassination of Archduke Franz Ferdinand of Austria.
By the time the war was over and the Allied Powers claimed victory, more than 16 million people-soldiers and civilians alike—were dead.

Of course, this is not the only war to occur. Many took place and we must remember them all.
To name a few:

These wars leave a mark on the war veterans and leave them many serious problems and illnesses. Memory problems, chronic fatigue, depression, stress and other mysterious ailments and mental disorders are some of the issues that afflicted thousands of war veterans.

One significant problem that is common among war veterans is Post Traumatic Stress Disorder (PTSD). During World War I, PTSD was called “shell shock,” and on World War II, it was referred to as “combat fatigue.” After the Vietnam War, it was often mistakenly called the Post Vietnam Syndrome. Indeed, the understanding and effective treatment of PTSD were actually described in the psychiatric literature well before the Vietnam War. A psychiatrist from Harvard Medical School, Dr. Eric Lindemann at Massachusetts General Hospital in Boston, was the first to report on the systematic management of PTSD. He did this work after the Coconut Grove fire and tragedy in the 1940s.

A significant number of soldiers suffer lingering distress from the trauma they endured while overseas. And the trauma can stay with them for the rest of their lives, preventing them from sleeping normally, facing large crowds, focus or commit in a relationship, or even looking at a simple garbage bag without worrying that a bomb might be hidden inside.

PTSD can be seen as an overwhelming of the body’s normal psychological defenses against stress. Thus, after the trauma, there is an abnormal function (dysfunction) of the normal defense systems, which results in certain symptoms. The symptoms are produced in three different ways: (1) re-experiencing the trauma, (2) persistent avoidance and (3) increased arousal.

Fortunately today, unlike all those years ago, support is available for military personnel experiencing PTSD. Acting on lessons learned from World War II and other conflicts, the military and other government agencies of countries such as the United States have focused on early intervention of PTSD among active-duty soldiers. They offer counseling to prepare service members for overseas duty and send teams of chaplains and other mental health personnel into the field.

It is indeed comforting to know that the various methods of treatment for PTSD are highly effective. Moreover, there are trained clinicians experienced at handling the difficult problems of posttraumatic stress.
Thankfully we know more in the world of treatment and can help our veterans more than we could before. Though nothing will take away the trauma and memories. They truly made the ultimate sacrifices.

We continue to thank and remember our veterans, retired and the ones still serving. You are the reason we have the freedom we do. We are eternally thankful and will always remember the sacrifices you made.