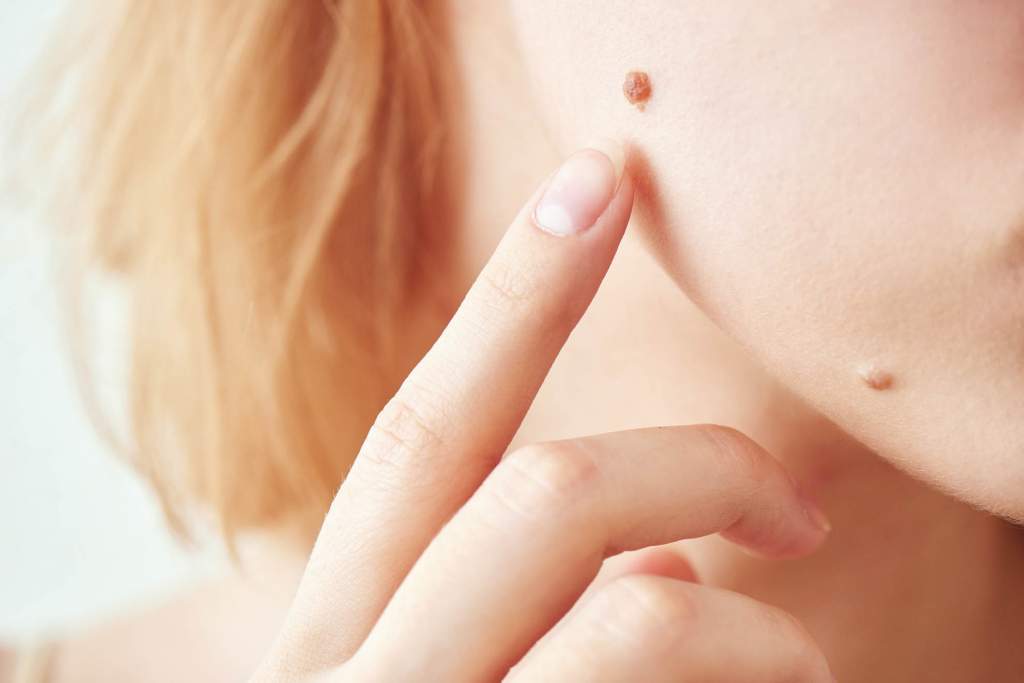 The Difference Between A Wart And A Mole

Have you ever wondered what that bump is on you? Not sure if it is a mole or a wart?

Although warts and moles may appear to be the same they are not related conditions. They are thought to be because the often look alike. Warts are defined as small areas of a long standing viral infection. Moles are described as areas of the skin that are heavily pigmented with melanin, the substance that is responsible for general skin coloring. The visual difference is that a mole has pigment and hair. Warts do not have either.

Warts will vary in their appearance. Warts are not dangerous but can most definitely become a nuisance. A mole that you have from birth may eventually develop into a malignant melanoma. If this occurs it should be removed by a physician immediately. Some types of warts are as follows. We all probably know about a common wart. These will appear on your hands or feet.

The typical common wart is a hard lump that has a roughened ,cauliflower-like surface. Moles can appear anywhere on the body. They are small, roughly circular areas of skin that are much darker than the surrounding skin. The larger moles may have course hairs growing out of them. Some moles are present from birth. In some people a few have developed during their childhood. Look for different changes in your children’s skin to make sure that you always know that they do not need medical attention of any sorts.

There is also a wart that may be mistaken for a mole that is called molluscum contagiosum. These are tiny pale lumps that are filled with cheesy material. These can be confusing because they are not true warts but they are just like warts. these appear in groups that are usually in children, especially children who have eczema. The appearance of a mole is a dark patch that constitutes a mole. A mole may be flat or raised above the surrounding skin. There is also a sebaceous cysts. These cysts are sometimes mistaken for warts.

A sebaceous cyst typically will appear as a soft, smooth, yellowish lump just under the surface of the skin. Sometimes a tiny dark dot can be seen in the skin over the center of the cyst. Your scalp is the most common site for these harmless growths. Most warts will disappear on their own within a few months but sometimes in rare cases it may be several years. If you are concerned about any spots that have come up on your skin then please do not ever hesitate talking with your doctors about these concerns.

If you have warts that you may think are unsightly or annoying go to a dermatologist who can recommend a treatment that is right for your situation. In older people ,what looks like a wart may be a more serious skin condition such as a type of skin cancer such as basal cell carcinoma.

So if you are a person who knows a elderly person ( or ANY person for that matter) that might see this as a wart please get it checked out immediately. It could make a great deal of difference in their health.