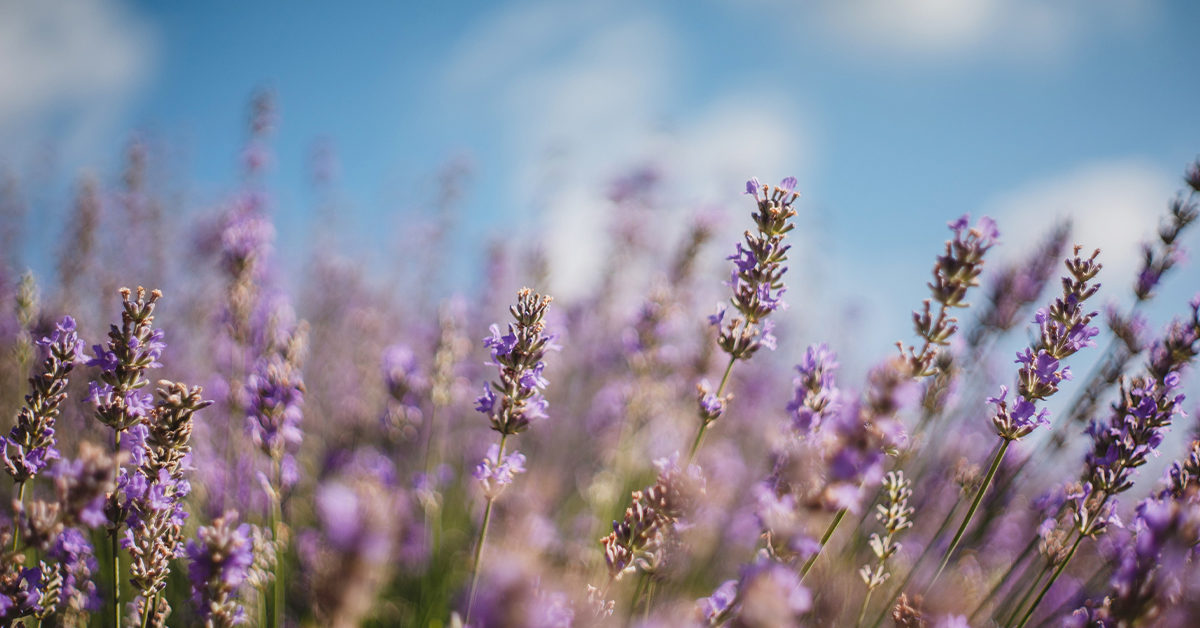 Lavender: The Queen Of Herbs

Are you in love with lavender? If so, you’re not alone, as lavender has become the most popular aromatic herb. In fact, in 1999, the “queen of herbs” was named as the “year of lavender!”

As one of the most loved aromatic herbs, lavender has been cultivated and used throughout the centuries. In ancient times, the Egyptians used lavender in incense and perfume and it was even used in the mummification process. The Arabs, Greeks and Romans used lavender as an offering to their gods.

Because of its tendency to render a better quality essential oil, true lavender — which is found in the French and Mediterranean Alps, growing in altitudes of 6,000 feet — is considered to be the most effective of these aromatic herbs.

As an essential oil in today’s society, lavender is used, both internally and topically, for a number of conditions:

It has also been used to prevent some childhood infections and to soothe temper tantrums in children. The most common uses of lavender are to: treat burns (from minor to scalding), eczema, grazes, cuts, inflammation, dermatitis, headaches, migraines, fainting, nausea, insomnia, bacterial infections, boils, acne, arthritis and rheumatism. As a germicidal agent, lavender oil is non-toxic.

It contains linalool and linalool acetate which play important roles in the healing process.

Both humans and animals, when inhaling lavender, experience a sedative effect that closely favors the calming effect of the geranium and peppermint plants. This is probably the reason why these aromatic herbs are favored for a variety of uses from treating depression and sleep disorders to treating premenstrual syndrome.

Lavender beauty and bath products, to be used for external purposes only, are often available in gift baskets. A wonderful gift for any occasion, lavender is sure to be appreciated by all who receive it. In addition to its use in aromatherapy products and treatments, lavender may be used to specifically treat depression.

The Gift Of Lavender

Lavender is a popular gift item that can be purchased separately or in a gift basket. Most of the aromatherapy gifts are made with essential oil and dried lavender buds. Examples of these are bar soap, bath bomb fizzers, bath crystals, bath oil beads, closet or drawer sachets, hand and body lotions, sleep pillows and soothing herbal sea salts. Beauty products that contain lavender range from body sprays and hair care products to a variety of skin care products. All of the above products mentioned are used for the sole purpose of creating a sense of peace and to promote relaxation.

Did you know that lavender is also used in home cleaning products?

Throughout history, lavender has found its way into the homes of many historical figures. Queen Victoria insisted that her furniture and floors be cleaned with lavender to freshen up the rooms in her castle. Queen Elizabeth I of England enjoyed drinking lavender tea as a way to relieve her migraines and other maladies. During World War I, nurses treated injured soldiers by washing their wounds with an antiseptic wash that contained lavender.

Lavender is an amazingly versatile herb that is also used for cooking — not only at home, but also in many upscale restaurants. A member of the mint family, lavender flowers are wonderful flavor enhancers that can also add to the appearance of the food. Lavender flowers and leaves can be used freshly cut; their buds and stems can be dried before use.

It is best to use lavender with other herbs, such as fennel, oregano and savory, and it can also be used with its other mint cousins (rosemary, sage and thyme). Lavender has an extremely powerful aroma, so it must be used sparingly or the recipe will have a bitter taste, and you’ll feel like you are eating perfume.

The next time you’re cooking up a storm, add a sprig of lavender to the pot and enjoy!