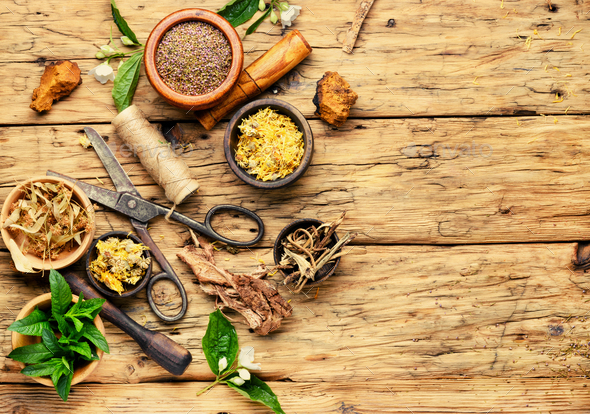 For thousands of years knowledge of the herbs and wild plants that could increase fertility were the secrets of the village wise women. But after the holocaust against European Wise Women (the “burning times”) and the virtual extermination of Native American medicine women, this knowledge virtually disappeared. In fact, many people erroneously believe that “primitive people” had no means of controlling the likelihood of pregnancy. Nothing could be further from the truth.

Many common plants can be used to influence fertility, including red clover, partridge berry, liferoot, wild carrot, and wild yam. Some of these grow wild, others are easy to cultivate, and, with the exception of wild carrot, all are also readily available at health food stores.

One of the most cherished of the fertility-increasing plants is red clover (Trifolium pratense). Common in fields and along roadsides, it has bright pink (not really red) blossoms from mid-summer into the chilly days of fall. A favorite flower of the honeybees, the tops (blossoms and appending leaves) are harvested on bright sunny days and eaten as is, or dried for medicinal use. The raw blossoms are delicious in salads and nutritious when cooked with grains such as rice or millet.

To make a fertility-enhancing infusion, I take one ounce by weight of the dried blossoms (fresh won’t work for this application) and put them in a quart size canning jar. I fill the jar with boiling water, screw on a tight lid, and let it steep at room temperature overnight (or for at least four hours). Dozens of women have told me that they had successful pregnancies after drinking a cup or more (up to four cups) a day of red clover infusion.

It is especially helpful if there is scarring of the fallopian tubes, irregular menses, abnormal cells in the reproductive tract, or “unexplained” infertility. It may take several months for the full effect of this herb to come on and pregnancy may not occur until you have used it for a year or two. You can improve the taste by including some dried peppermint (a spoonful or two) along with the dried clover blossoms when making your infusion. Treat the father of the child-to-be to some red clover infusion too!

That little evergreen creeper that carpets some parts of the woods around your house is partridge berry (Mitchella repens), also known as squaw weed, supposedly because of its ability to enhance fertility. (My teacher Twylah Nitsch, grandmother of the Seneca Wolf clan, says that “squaw” is a slang term meaning “schmuck” or, in the proper term, “penis,” and therefore should not be used in denoting a plant meant to be used by women.) Keep an eye out this spring and see if you can catch Mitchella blooming. Then you’ll see why she’s sometimes called “twin flower.”

Interestingly, when the paired flowers fall off, they leave behind but one berry to ripen. (The shiny red berries you’ve noticed in the forest winter or spring. Yes, they are safe to eat, but leave some for the partridges.) The symbolism of two flowers forming one berry is certainly a suitable icon for fertility. I make a medicinal vinegar by filling a small jar with the fresh leaves, adding apple cider vinegar until the jar is full again. A piece of waxed paper held in place with a rubber band and a label (including date) completes the preparation, which must sit at room temperature for six weeks before use. I enjoy up to a tablespoonful of the vinegar on my salads or in my beans.

By mid- to late-May, the yellow blossoms of liferoot (Senecio aureus) enliven my swamp (in upstate New York) and the neighboring roads where there is adequate water and rich soil. A powerful medicine resides in all parts of this lovely wildflower. As the root has a dangerous reputation, I restrict myself to using only the flowers and leaves, which I harvest in bloom, and quickly tincture. (For instructions for making your own tinctures, please see any of my books.) Small doses of this tincture (3-8 drops a day), taken at least 14 days out of the month, will regulate hormone production, increase libido, normalize the menses, relieve menstrual pain, and improve fertility. The closely related Senecia jacobea and Senecio vulgaris can also be used.

Wild carrot (Daucus carota), better known as Queen Anne’s lace, is such a common roadside plant that most people are amazed to learn that it is a proven anti-fertility herb. In addition to being the wild cousin of carrot, it is related to parsley, dill, caraway, anise, celery, cumin, and a (now extinct) plant whose seeds were the birth-control of choice for many a classical Greek or Roman woman.

The aromatic seeds of wild carrot are collected in the fall and eaten (a heaping teaspoonful a day) to prevent the implantation of a fertilized egg. In one small study the effectiveness rate after thirteen months of use was 99%. As modern scientific medicine reports that one-third of all fertilized eggs are passed out of the body without implanting in the uterus, this method of birth control seems in complete agreement with nature.

Of the hundreds of women currently using this anti-fertility agent, I have heard virtually no reports of any side-effects. Note that many books caution you to beware the danger of confusing poison hemlock and wild carrot. Poison hemlock is rather scarce in our area, and, at any rate, does not smell or taste of carrot (as does Queen Anne’s lace), so I believe this warning to be a red herring. In addition, wild carrot leaves have small hairs on them, while the leaves of poison hemlock are smooth.

Another anti-fertility herb that has been tested by small groups of modern women is wild yam (Dioscorea villosa). Since birth-control pills were originally made from this plant, it is not at all surprising that it has the effect of blocking conception when taken daily in rather large doses: either a cup of tea or two capsules taken three times a day.

Does it have detrimental effects? Current studies are too small to show any, but there is a possibility that there could be. Interestingly enough, if wild yam is taken in small doses (a cup of tea or 10-20 drops of the tincture daily from onset of menses until mid-period) it increases fertility! In either case, the effect seems to be triggered by the large amount of hormone-like substances found in this root. When taken daily, these substances may be converted into progesterone, thus decreasing the possibility of conception. When taken for the two weeks preceding ovulation, these substances may be converted into LH and FSH, hormones that are needed to make the egg ready to be fertilized.

Other common weeds and garden plants of our area that have been used to increase or decrease fertility include stinging nettle, oatstraw, pennyroyal, Jack-in-the-pulpit, rue, and parsley.

The earth is full of wonders, and green magic abounds. As more and more women remember that they are wise women, more of the wonders and the magic will be revealed. May your days be filled with many green blessings.