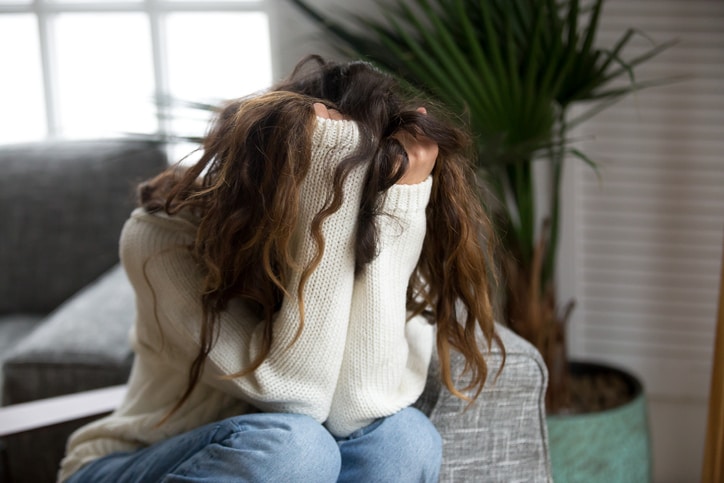 Are Some People More Prone To Panic Disorder Than Others?

1) Sensitivity to adrenalin and hormonal changes

In general, people with panic disorders including agoraphobia have overactive adrenal glands and are more likely to experience an adrenaline rush or “fight or flight” response when faced with a perceived psychological threat. This makes them more susceptible to panic attacks.

In panic disorder patients, adrenaline and a hormone called cortisol (a stress fighting hormone) are overproduced by the adrenal gland during times of prolonged stress.

In this state of chemical imbalance, you become more easily fatigued, your immune system is compromised, and you are more at risk for experiencing anxiety and panic attacks. Even after the original stressor is gone, you are likely to stay in a heightened state of anxiety.

People who have panic attacks usually have a heightened sensitivity to bright lights, temperatures, sudden or harsh sounds, and other sources of physical stimulation. Physical stimulus will more easily overwhelm someone with panic disorder, create an aura of disorientation, and lead to a release of adrenaline (triggering the “fight or flight” response).

Large amounts of sodium lactate in the bloodstream have been found by some researchers to cause panic attacks in people with panic disorder. Sodium lactate is produced when muscle cells convert sugar into energy. It is the basic solution in intravenous fluids given in the hospital.