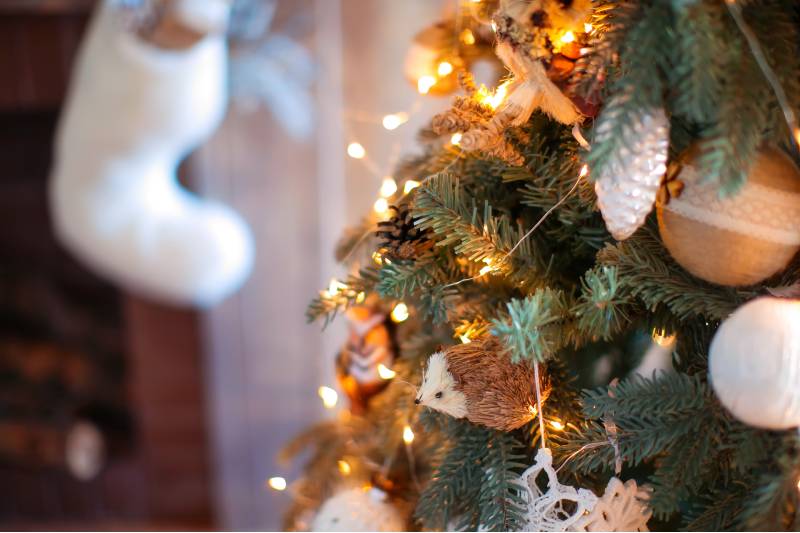 Do you think November is too early for Christmas decorations?

Once Halloween is over and the nights are getting darker earlier, it means only one thing for Christmas lovers – it’s time to get into the festive spirit.

This article was originally published on Confused.com

There are always contentious opinions over Christmas decorations. So, when’s the right time to put them up?

Traditionally, Christmas trees and decorations would go up on the first day of Advent, which is the fourth Sunday before Christmas Day.

But some people might wait until Christmas Eve, considering it to be bad luck to put them up any earlier or later.

Our research found nearly two thirds (63%)* of Brits think November is too early to put up Christmas decorations.

However, shops and TV adverts promote the festive season while we’re still enjoying summer, so it can be difficult to resist getting involved sooner than you’d planned.

And many cities and towns across the UK have their official Christmas lights switch-on ceremonies in early November.

Tesco’s Christmas Report has revealed that 2.4 million people plan to have their tree and decorations up before December.

If you’re a Christmas enthusiast, you’re not alone this year. A survey on behalf of John Lewis revealed that nearly 40% of customers plan to decorate areas around the house they haven’t decorated in before.

According to the British Christmas Tree Growers Association, you should buy a real tree from the beginning of December – if it’s well looked after, it should last more than four weeks.

Why Christmas is good for your mental health

Before the Grinches start coming for you, it’s worth learning that decking the halls early could be good for your mental health.

Psychologist Deborah Serani says that decorating your home for Christmas early could “create that neurological shift that can produce happiness”.

She explains: “Christmas decorating will spike dopamine, a feelgood hormone.”

The past year or so has been difficult for everyone. By getting excited about Christmas and having something to look forward to gives people that positive push through these uncertain times.

“Christmas activities like decorating the house or the tree are happy (and often shared) experiences that provide a temporary break from the reality of what’s happening in the world right now.”

Be careful – if you’ve got as many as 60,000 LED bulbs to light up, you’ll soon be left in the dark if something goes wrong.

“The party season brings with it an increased risk of accidents in the home, with decorations sometimes providing more than just a little extra sparkle.

“Remember to decorate with care to reduce chances of an accident. And don’t overload electrical sockets when using Christmas fairy lights, as this could be a fire risk.”

You can take out accidental damage insurance for buildings and/or your contents, which could prove to be well worth it if you have a Christmas decorations mishap.

When do Christmas decorations come down?

The date over when you should take down your Christmas decorations is less controversial.

According to tradition, your Christmas tree and decorations should be taken down by 6 January. This date is known as the Epiphany. Some people believe leaving it longer than this could cause bad luck.

*Figures taken from omnibus research carried out by OnePoll on behalf of Confused.com. This was a nationally representative poll of 2,000 UK adults. The research was conducted between 10/11/2020 and 13/11/2020.

More from HomewareMore posts in Homeware »