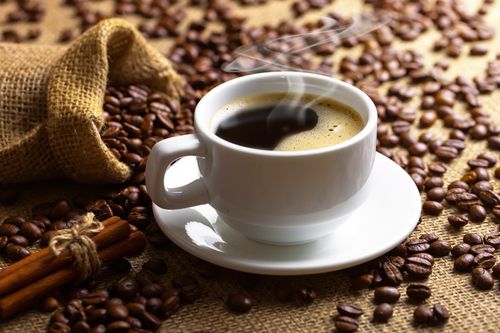 Coffee has joined the ranks of red wine and chocolate as a guilty pleasure that may actually be good for you. As much as it is a great way to get that “fix” in the morning, recent studies have shown that coffee has been found to be rich in antioxidants and contains hundreds of pain-relieving and anti-bacterial compounds. Although one should not drink coffee with wild abandon, it’s comforting to know that maybe that cup or two in the morning may be good for you.

Recent studies have shown that moderate coffee drinking can reduce the risk of colon cancer (due to it’s ability to keep you regular), gallstones, cirrhosis of the liver and more, due to the fact the it is loaded with healthy antioxidants. So loaded, that studies have implied that coffee contains higher levels of antioxidants compared to other commonly consumed beverages, such as tea and fruit juice.

Several studies are also being conducted on Parkinson’s and diabetic Patients. Research has shown that just one cup of coffee per day can halve your risk of Parkinson’s, the brain disease that causes tremors and affects movement. Caffeine may protect the brain cells typically lost to Parkinson’s disease. However, it has been noted that women on hormone therapy do not seem to benefit. It is felt that Estrogen may dilute the effectiveness of caffeine.

It has also been found that if a woman drinks three cups of coffee a day, she can reduce her risk of Type 2 Diabetes by twenty to thirty percent. Coffee may help promote the delivery of insulin to the tissues. Experts believe that coffee’s antioxidants, such as chlorogenic acid and caffeine acid, deserve the credit. There are also on going studies that are producing favorable reports on coffee helping to fight Alzheimer’s due to the caffeine stimulating the cognitive area of the brain. This is just the tip of the ice berg.

People with asthma who drink coffee can have up to 25% fewer symptoms because one of the compounds in coffee – theophylline – acts as a bronchodilator.

A recent Brazilian study showed that consumption of coffee promotes better sperm mobility – and now studies are in progress to determine whether caffeine can help infertile men.
Coffee contains polyphenols, substances that may reduce the risk of cancer and coronary artery disease.

A researcher with the U.S. Army stated caffeine improved scores on a range of cognitive tasks, such as decision making, learning, and attention in the sleep-deprived. Coffee can also boost your mood, probably by making you feel more energetic.

Although coffee is showing more favorable benefits in researcher’s eye, there are still people that although they love to drink coffee dread the indigestion, heartburn and upset stomach that regular coffee can cause, due to the high level of acid is some types of coffees.

It a known type of stimulant. Blood pressures rise, heart rates increase and sometimes this can result in irregular beats. However scientists are sure the effects are only mild and only temporary. In contrast to this, new information suggests certain healthy aspects.

A cure for cancer? No – plenty of evidence shows that it may help minimalize any risk of colon cancer, but only if you drink four plus cups a day. Unfortunately that level of drinking could have countereffects also.

Heard the saying, everything in moderation? Well this is also true of coffee. As with wine, coffee has antioxidants that do protect you against heart diseases and some cancers. It removes the cells that destroy oxygen from your blood. However, others contend that you get more from apples, cranberries and tomatoes. Others suggest vitamins, minerals and fiber in vegetables and fruit are best.

It is also said that it may help in the reduction of kidney and gallstones. Improvements in digestion because of the increase in the stomach’s acid are also apparent.

Unfortunately there also risks. It is known that male sperm swim fast, go further and last longer in coffee laced fluids, but female fertility can suffer. Others may suffer high amounts of homocyteine levels in their blood, which can cause heart disease if you drink too much. Harmful LDL cholesterol has been found due to increased levels of cafestol produced during the European water boiling process. Thankfully filters and percolators remove most of it.

There has been a noticeable rise in calcium loss and a decrease in bone density in coffee consuming women versus those who don’t. Four cups daily may give you incontinence. Others may find sensitivity to caffeine that in my personal experience with one main coffee-house can cause hormonal changes to the point of getting non-malignant breast tumors.

Fortunately the benefits do outweigh the risk as long as you stick to moderate drinking. However for those truly caffeine addicted folk, especially those who cannot survive on moderate levels, try drinking a cola. You can get your fix with 1/3 caffeine to every ounce.