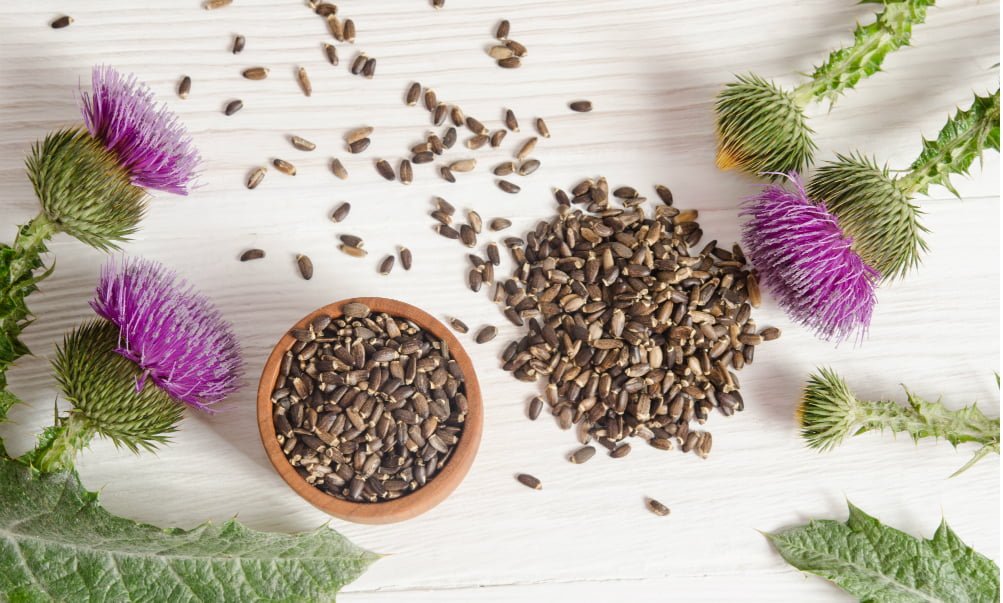 The Healing Properties of Milk Thistle

Milk thistle has been used in Europe for over 2000 years for the treatment of liver problems. It is native to the Mediterranean regions of Europe, North Africa, the Middle East and has been naturalized to Australia and California. Milk thistle has been used for the treatment of liver disease such as alcoholic hepatitis, cirrhosis, liver poisoning, and viral hepatitis.

It helps regulate blood sugar, fat metabolism and helps with the excretion of certain hormones. It’s been known to help with acne, constipation, crohn’s disease, and irritable bowel syndrome. The liver produces bile and milk thistle helps in the production of bile which metabolizes fats in the small intestines.

Milk thistle can help with some forms of cancer related to the hormone estrogen. Laboratory experiments demonstrated silybin, the active ingredient in milk thistle, will fight for estrogen receptor sites and block the estrogen that is in the body from landing on cancer cells. Milk thistle would be a good preventative herb for those at risk for breast cancer and cancers stimulated by estrogen.

Milk thistle in large doses has shown to protect the kidneys from damage during chemotherapy. A study done with mice given milk thistle in very large doses equivalent to 30grams per 110 pounds in adults completely shielded the kidneys from damage during chemotherapy. The two drugs used were doxorubicin and cisplatin; milk thistle actually increased the effectiveness of these two drugs. With liver cancer, milk thistle will protect a special immune system cell called kuppfer cells which destroys bacteria, toxins, and other foreign matter that enters the liver. Milk thistle has also shown to help fight prostate cancer.

Milk thistle can help the liver become less insulin resistant which would be a benefit for diabetics. The liver helps remove insulin from the blood stream with type 2 diabetes and can help with diabetes caused by liver damage from excess alcohol drinking. When there is excess insulin in the blood stream weight gain can occur, milk thistle can help fight weight gain by helping the liver remove insulin from the blood.

**The statements in this article are not intended to diagnose, treat and cure or prevent disease please consult your health care physician before discontinuing medication or introducing herbs into your diet if you are currently on medication of any kind.