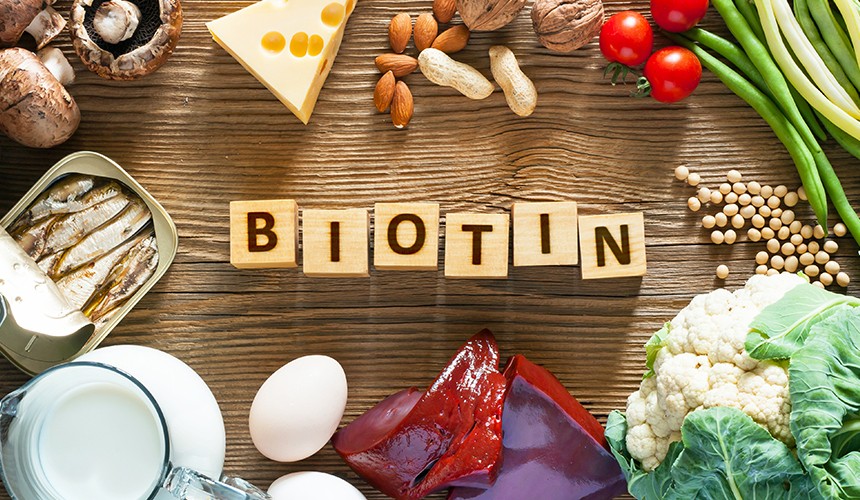 Do You Know About Biotin?

Biotin is a water soluble vitamin that is specifically a member of the B-complex group of vitamins commonly known as vitamin H. It is only for nearly forty years of research, after the introduction of biotin that it is being considered as a form of vitamin. From then on, biotin is highly required by all organisms but can only be synthesized by bacteria, yeast, molds, some plant species, and algae.

The biotin is a B-complex vitamin that is essential for both metabolism and growth in humans. This vitamin acts as that specifically with reference to the creation of fatty acids, digestive enzymes, antibodies, as well as in niacin or vitamin B-3 metabolism.

In addition, biotin is considered useful for curing baldness, alleviating the muscle pain and depression, and it also functions as a treatment for dermatitis. Although there is still no clear evidence to support for such claims, many experts greatly expect such effects of the biotin. The deficiency for such vitamin is then given to result in fatigue, depression, nausea, muscle pains, hair loss, and anemia.

Biotin is helpful for treating diabetes mellitus. This claim is supported by the findings that biotin as a cofactor of enzymes that are required for fatty acid synthesis is said to enhance the utilization of the glucose to synthesize fats. It is in fact found out that the biotin has the capability to rouse glucokinase, which is an enzyme found in the liver, that results in an enhanced synthesis of the glycogen, which is then a storage form of glucose. Aside from that, biotin stimulates that secretion of insulin in the pancreas of rats, which most of the studies considered to give an effect of lowering the blood glucose.

As it is mentioned earlier, biotin is also used for treating hair loss. However, even though hair loss is a symptom of acute biotin deficiency, there are still no scientific studies that are published to support such stand.

In terms of its sources, biotin is generally found in many foods. But more specifically, it is mostly found in lower amounts than other water soluble vitamins. A few food sources that are rich in such vitamin include egg yolk, liver, and yeast.

Perhaps one of the best qualities of biotin is its being known as nontoxic. In fact, there are some reports that oral supplementation of this vitamin has been well-tolerated in doses up to 200 mg per day especially in those people who have hereditary disorders of biotin metabolism. And in those who have no disorders of biotin metabolism, doses of up to 5 mg per day of oral biotin supplementation for two years were not connected with any adverse effects.