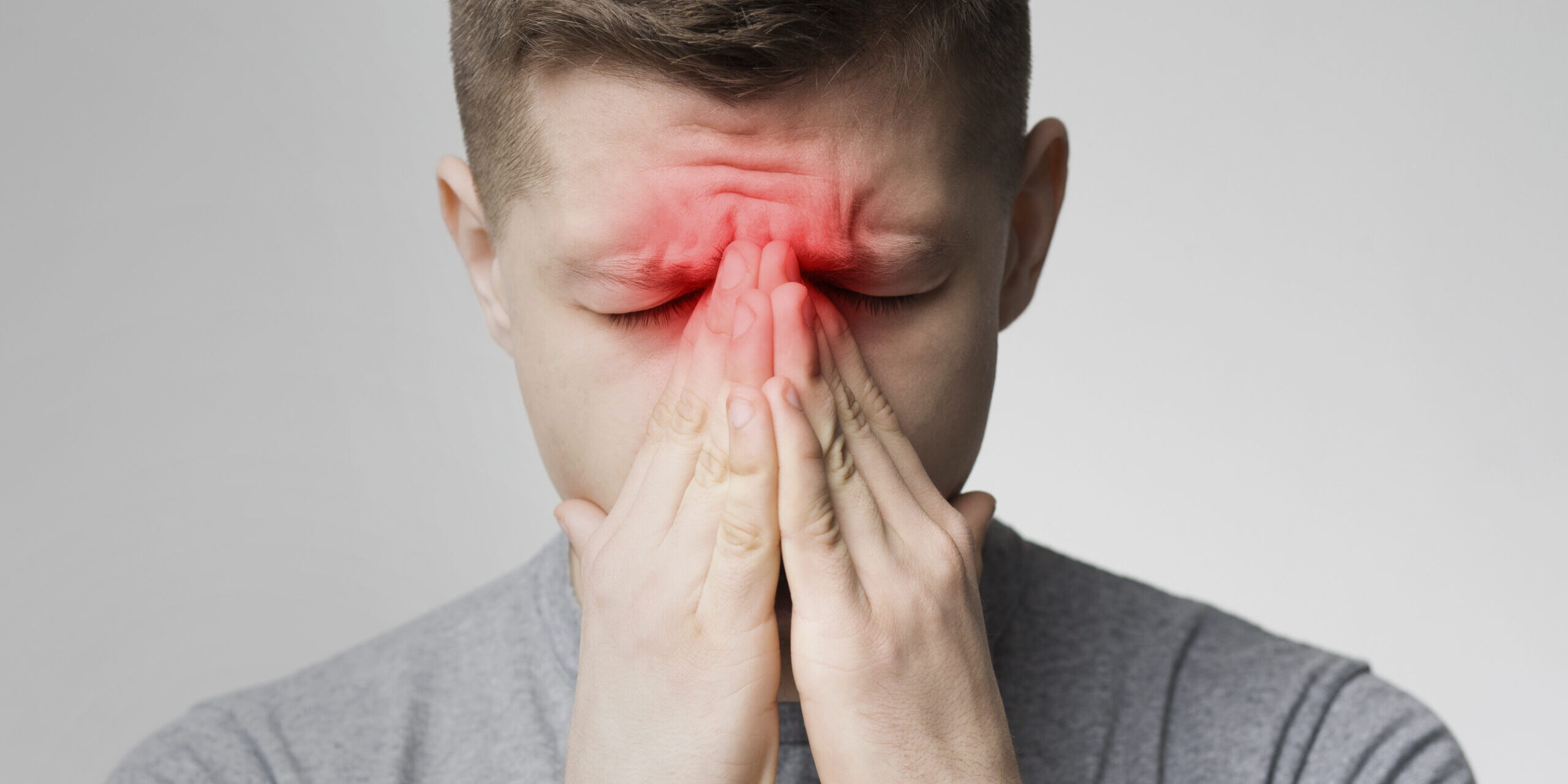 It starts with waking up and feeling stuffy and congested. There could be a mild headache and visible swelling around the eyes. Then, the condition worsens and it should be no surprise if you suddenly develop a fever. You also remember that you’ve been coughing now for 14 days straight without improvement.
If you’ve been experiencing these symptoms, there’s a good chance that you actually have sinusitis, a condition characterized by an inflammation of the sinus cavities caused by viruses or bacteria. It is usually inconvenient and may be painful in some cases. But it is treatable and usually not severe.

Sinus cavities are the moist and hollow air spaces within the bones of the face around the nose. Located in the area near the eyebrows are the frontal sinuses; the maxillary sinuses are located inside the cheekbones; the ethmoid sinuses are fixed between the eyes; while the sphenoid sinuses found behind the ethmoid sinuses.
Sinuses produce mucus, which drains into the nose. If your nose is swollen, this can block the sinuses and cause pain and infection. Under normal conditions, sinuses are filled with air which make facial bones appear to be less dense and much lighter in weight. Without these sinuses, the skull would be so much heavier that you would need both hands to hold your head up all throughout the day.

Inflammation of the sinuses may be caused by viruses or bacteria, or a combination of both. A person with the common cold has viral sinusitis. Usually, nasal congestion doesn’t allow the sinuses to drain properly which cause bacteria to become trapped inside the sinus cavities. When this happens, bacterial sinusitis develops. Allergies can also cause a person to develop sinusitis, also known as allergic rhinitis.
Unlike a viral sinusitis or allergic rhinitis which are common, bacterial sinusitis tends to cause more inconvenience such as facial pain, swelling and fever. This condition may require a physician’s diagnosis and needs to be treated with an antibiotic to cure the infection and prevent future complications.
Frequent sinusitis or infection that lasts for three months or more could become chronic sinusitis. When left untreated, it can cause damage to the sinuses and cheekbones that sometimes requires surgery to repair.

Some of the signs that a person may have bacterial sinusitis are:
· a stuffy or runny nose with a daytime cough that lasts for 10 to 14 days without improvement
· mucus discharge from the nose (this can occur with both viral and bacterial sinusitis but continuous thick discharge is more likely to be from bacterial sinusitis)
· persistent dull pain or swelling around the eyes
· tenderness or pain in or around the cheekbones
· a feeling of pressure in your head
· a headache when you wake up in the morning or when bending over
· bad breath, even after brushing your teeth
· pain in the upper teeth
· a fever higher than 102 degrees Fahrenheit (39 degrees Celsius)
Some people also have dry coughs and find it hard to sleep. Others have upset stomachs or feel nausea.

Keep your sinuses clear to avoid developing sinusitis by following these simple steps:

Allergy testing, followed by appropriate allergy treatments, may also increase your tolerance of allergy-causing substances. Always consult medical professionals for advice. Your doctor can always perform diagnostic tests to find out if you have sinusitis. Once the doctor is sure that you have sinusitis, you can be given a prescription that would help treat the nasal infection.