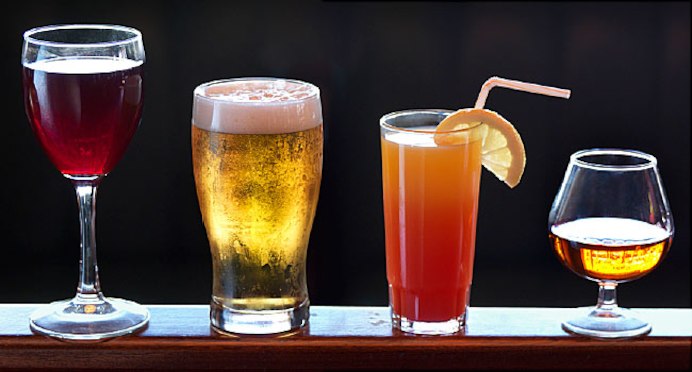 It’s a pretty common question for those who suffer the symptoms of tinnitus.

What exactly is the answer?

Some people with tinnitus associate fluctuations of their tinnitus with consuming certain types of foods. However, there are also people that find these same substances, will actually improve their tinnitus! Information on the internet suggests that many foods can trigger or aggravate tinnitus. There is some weak evidence that dietary factors can have an influence on Ménière’s disease but this is generally with regard to the dizziness of Ménière’s rather than the tinnitus and is beyond the scope of this fact sheet. For all other types of tinnitus, there isn’t any strong research to link foods to tinnitus. Certainly there does not seem to be any foodstuff that definitely causes or worsens tinnitus in every person. Whatever reaction someone with tinnitus might notice is likely to be a personal unique reaction.

Unfortunately there are no simple tests for these reactions. The only way of determining if a food does affect the tinnitus, is to remove it from the diet and then reintroduce, which can be a challenge. Sometimes it is difficult to identify the likely culprit. In these circumstances it may help to keep a diary of what you have consumed to see if there is any relationship between bad periods of tinnitus and individual foods and drinks. The diary may have to be detailed, specifying what type of meat, vegetable, cheese, fish, and so on, as one particular type of vegetable, for example, may aggravate the tinnitus, where others have no effect. If a certain food appears to be a trigger, that food should be avoided for a duration of seven days. Then the system should be challenged by reintroducing that food, withdrawing it, re-challenging, and withdrawing again. Tinnitus can fluctuate so much that the tests should be repeated several times.

Relying on a single trial withdrawal may end up denying a person some item of food that they would otherwise enjoy and in fact has no adverse effect on the tinnitus anyway. Removing such items from the diet often brings no benefit and the lack of enjoyment of that food then merely adds to the burden of tinnitus. It is important to issue a further word of warning at this point: keeping diaries and going on exclusion diets can sometimes be counterproductive as it encourages people to monitor their tinnitus, which can in turn make it seem louder.

People with tinnitus are frequently told to avoid caffeine containing drinks such as coffee and tea. However, there is no scientific rationale for this advice. A properly conducted scientific study showed that caffeine was not associated with tinnitus causation. Moreover, the researchers found that withdrawing someone from their usual intake of caffeine did produce side effects, most commonly headaches and nausea, and this could potentially worsen pre-existing tinnitus. The sensible advice regarding tea or coffee drinking therefore seems to be to stay on a fairly constant intake and not vary this too much from day to day.

It is often recommended that people with tinnitus should avoid consuming alcohol, with red wine frequently coming in for special criticism. Though little evidence does suggest this, there have been some pieces of research that have identified particular groups of people such as teenagers for whom alcohol does seem to be associated with increased levels of tinnitus.

Drinking alcohol increases blood flow to the inner ear, which can cause symptoms of tinnitus, specifically ringing, buzzing or a swooshing sound in the ears. This condition can resolve itself in a few hours, but can still be quite annoying while experiencing it.

As with foods, a trial withdrawal and reintroduction would seem to be the sensible way for an individual to establish whether alcohol is related to the level of tinnitus being experienced.

Although some find alcohol lessens their symptoms of tinnitus, we should all keep our alcohol consumption within safe limits and people with tinnitus are no exception to this rule. The government advises that people should not regularly drink more than 3 to 4 units of alcohol per day for men (equivalent to a pint and a half of 4% beer) and 2-3 units of alcohol per day for women (equivalent to a 175 ml glass of wine).

It has been known for some time that tobacco smoking can contribute to inner ear hearing loss. The position with regard to tinnitus was less clear though recent research suggests that smokers have a small increased risk of developing tinnitus, as well as many other health conditions.