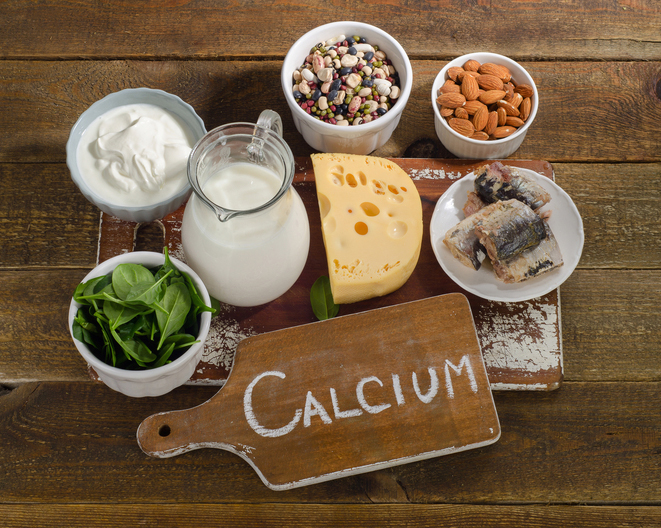 Regardless how ads and media make a fuss over calcium and its sources, a good percentage of the population is still not getting enough of it. Does that mean ads are not what they claim to be? Possibly. Are people indifferent to it because they don’t know the effects of calcium deficiency? Most likely.

Like an eyesight problem, calcium deficiency is more pronounced as age increases. Calcium may be the most abundant among all the minerals in the body, but, a growing concern for lack of it is one of the major issues among Americans. From the time a person is born, 99% of the calcium in his body can be found stored in his teeth and bones. However, by the time a person reaches his thirties, his body no longer stores calcium in the same places. Thus, if there is a need to “fix” bones, the body’s sole source is the ingested calcium.

A person who does not eat as much calcium as necessary will suffer from calcium deficiency. This disorder prevents the body from remodeling bones which can eventually lead to decrease in bone density.

To better understand calcium deficiency, think of your body as a bank, and calcium as your savings account. If you have a lot of it stored early in life, your bone will have plenty to look forward to by the time retirement comes. Those who saved up little are more likely to be faced with calcium deficiency later on in their lives.

If one is suffering from calcium deficiency, or if there is an inadequate supply of calcium, the bones in the body are in a weak state and are susceptible to develop small holes. This condition will then lead to osteoporosis.

Today, there are about 10 million people suffering from this bone disease in the United States alone. Furthermore, over 30 million of the population are said to be suffering from osteopenia, or the premature stage of osteoporosis. Those with calcium deficiency are at a greater risk of fracturing the ribs, hips, spine, pelvis, and wrist.

A high percentage of those with osteoporosis are women. This is because women who are in the menopausal stage have poor amounts of estrogen in their body. Strict vegetarians and people who are lactose intolerant can be vulnerable candidates for osteoporosis because they are more likely suffering from calcium deficiency.

What used to be an old woman’s worry is now becoming a child’s issue as well. Just because we are far from the midlife phase does not mean that we can’t have calcium deficiency before then. It is never too late to act.