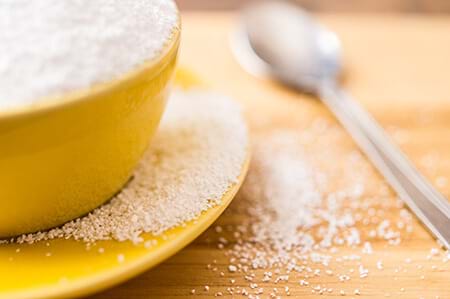 Although sugar has been part of the dining table and kitchen for centuries, people know that too much of it also is not good for the body. This is especially true with people who are either diabetic or those who are trying to lose weight because of obesity problems.

But with the high levels of sugar content that are found in the foods that we eat right now, especially those that are processed and those that are bought from fast food joints, it seems that it is extremely hard, maybe even next to impossible, to be able to avoid consuming excessive amounts of sugar. Besides, it is not called “sweet” if it is not sweet tasting and ultra delicious.

Because of this need to lessen the amount of sugar content in the body but still retain the sweet tasting flavor that one has grown accustomed to having in their everyday meals, science and commerce developed substitutes to sugar that can answer both problems. Some of these alternatives to sugar come from natural sources while others are artificially made in laboratories.

Recent years have seen the mushrooming of these artificial alternatives to sugar. This is perhaps because of the fact that America has become really body conscious. This time, low calorie sugar substitutes were developed to answer the need of women (and men at that) who want to diet.

Perhaps the oldest artificial sweetener in the market is saccharin, which was discovered back in 1874. It has been granted a GRAS (Generally recognized as safe) stature in 1958 but was withdrawn in 1972 when studies have linked the sugar substitute to cancer. Still, FDA allowed the use of Saccharin as a table-top sweetener but is no allowed to be an ingredient in mass manufactured products.

Another allegedly dangerous artificial sweetener is the aspartame, which up until now is still with the jury. Although the sugar substitute is already being used by people, there are still murmurs that the sugar can cause headaches and epileptic attacks.

Although there is really no evidence that suggests that these artificial sweeteners are dangerous, there are still doubts on the safety of using it especially by people who are in delicate conditions. Many health organizations suggest the limited use of these products.

It is recommended that you only limit your use of sweetened foods in your diet to only 2 or 3 servings daily. This will translate to about half a cup of pudding, an ice cream or a gelatin product or one bowl of sweetened cereal.