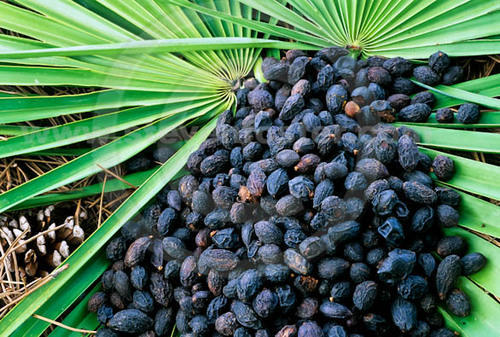 Even before the scientific and medical communities discovered and explored the many Saw Palmetto benefits, the advantageous use of this palm dates back to several hundred years in American folk remedies, where they first discovered the multipurpose help this palm could do. On top of providing food from its berries, the Native Americans discovered that Saw Palmetto benefits included medicinal functions such as for urinary and gastric conditions.

When European settlers witnessed that native folks were utilizing the plant for medicine and food source, they started using the palm themselves, and along the process found out other Saw Palmetto benefits, including as a ‘calming’ agent once given to the bloodstream. Long before the nineteenth century, Saw Palmetto was already provided to patients who suffered from ‘nervous’ states, which lead to its advancement as an anti-anxiety medicine today.

These days, Saw Palmetto benefits in various ailments of men, as well as women, include its beneficial use for coughs, urinary tract swelling, testicular inflammation, respiratory congestion, stimulating appetite, balancing metabolism, aiding digestion, and strengthening thyroid gland. Although these Saw Palmetto benefits have not yet really been proven through clinical studies, people have started to use them for treating the said ailments.

One such Saw Palmetto benefits though, which has been scientifically documented is its effectiveness for treating urinary problems and irritable bladder in men who have benign prostate hyperplasia (BPH), a condition of prostate gland enlargement. Saw Palmetto works by inhibiting testosterone conversion into dihydrostestosterone (DHT), and is deemed to obstruct progesterone and estrogen production, which are hormones connected with the production of DHT.

Saw Palmetto benefits in women have shown very few in documented scientific research. However, anecdotal reports have suggested that since Saw Palmetto can be compared to that of the prescription drug Proscar (used for treating BPH and effective for unwanted body and facial hair growth), it may also be as effective in addressing women’s unwanted growth of hair or thinning hair. It has also had benefits for relieving menstrual symptoms, as well as treating urinary tract irritation. Claims about Saw Palmetto being used to enlarge the breast are not scientifically tested.

Presently, Saw Palmetto treatment is more extensively used in Europe, such as Austria and Germany. These places have used Saw Palmetto as a choice of initial treatment for mild to moderate symptoms of urinary tract problems of BPH; they have found it to be very beneficial.