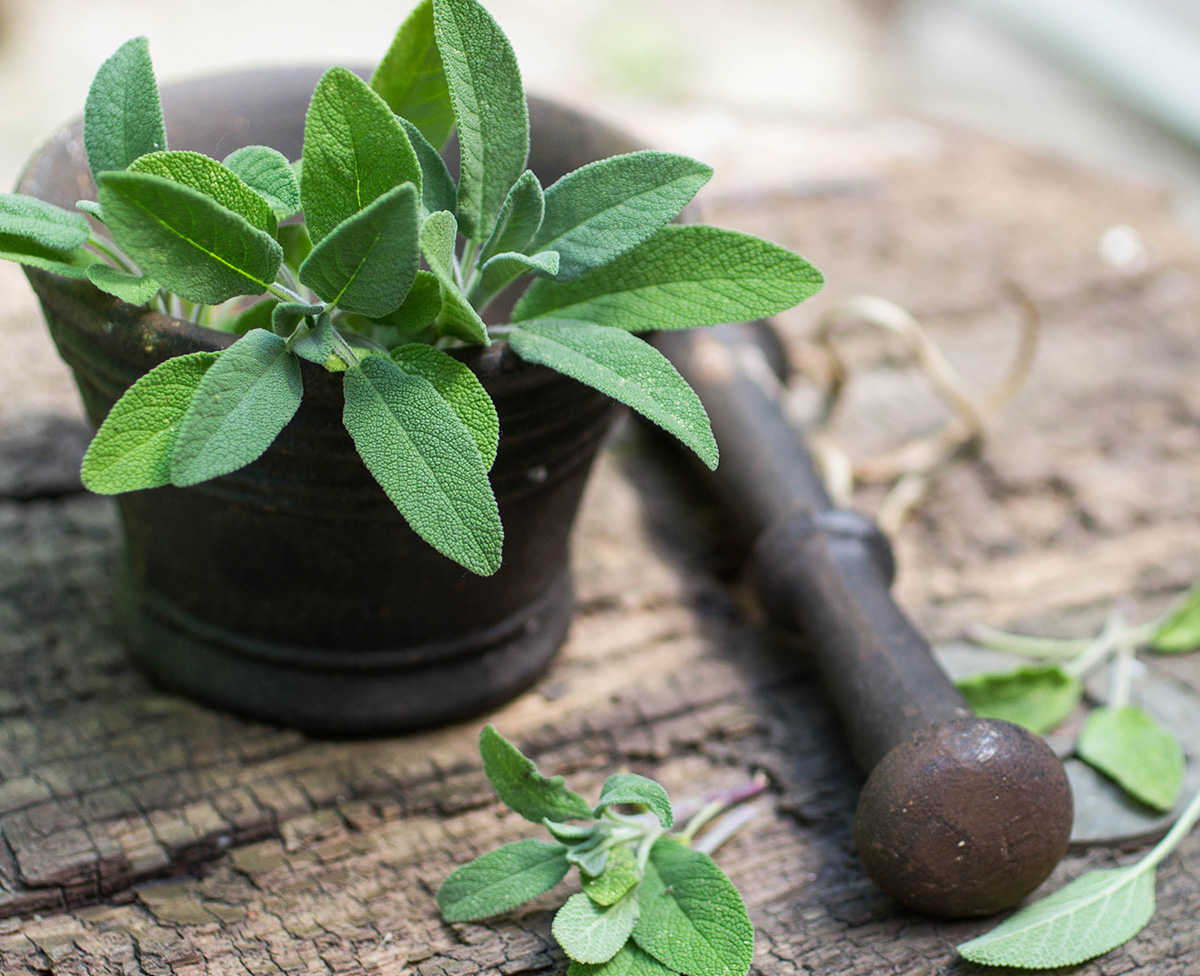 Sage is a relative to the mint family. It is common for Sage to be ground, whole or rubbed but is generally in more of a coarse grain. Sage is grown in the United States but is also grown in Albania and Dalmatia. Sage is a very popular herb in the United States and is used quite frequently for flavoring such things s sausage, pork, lamb, and other meats, salads, pickles, cheese, and stuffing. The smell of Sage is very aromatic and distinct. Some use it for cooking, others burn it for mental and spiritual reasons. The smoke from dried sage actually changes the composition of the air, in turn reducing our stress response.

Sage loves to hang around in the kitchen with Thyme, Rosemary, and Basil. They work very well together. Sage is normally one of the main herbs in stuffing for poultry but is often added to lamb and pork dishes as well. Sage is very strong and should be used sparingly as a little goes a long way. Sage, like many other herbs develops its full flavor the longer it cooks and withstands lengthy cooking times which might be why it is so good when used in the stuffing for the Thanksgiving turkey that cooks for about five hours.

If you grow your own Sage you will find that all you have to do is snip off the tops of the plant with scissors and add it right to your favorite recipe. Sage is still at its best when dried but if you prefer just simply place the fresh Sage leaves in a baggie in the freezer and pull them out as required.

Today, Sage has no medicinal purposes to speak of but back in a different time Sage was used regularly to cure snake bites and was also used to invigorate the body and cleanse the mind. In the middle ages it was quite common for people to make a Sage tea and drink it for ailments such as colds, fever, liver trouble, and epilepsy.

Although there is nothing to solidify these claims it is also said that a chewed Sage leaf applied to a sting or an insect bite will reduce the sting and bring down the swelling. Sage tea has been said to soothe a sore throat and also help in drying up a mother’s breast milk and also reduces blood clots. Further it has been known to help with itching skin if it is added to hot bath water. Today, it is mainly the Native Indians who still rely on the herbal powers of Sage.

The word Sage means salvation from its Latin origin and is associated with longevity, immortality, and mental capacity. Sage never loses its fragrance even after being dried out so it is often added to potpourri and is also added to many soaps and perfumes. It has been used in insect repellents and has antibacterial properties which have helped it become a preservative for many things such as meats, fish, and condiments. Sage has a musky smoky flavor and works very nicely for cutting down some of the richness in many foods. It also goes great with almost any vegetable too. Sage is definitely an herb that most people almost always have in their pantry if they do any cooking at all.