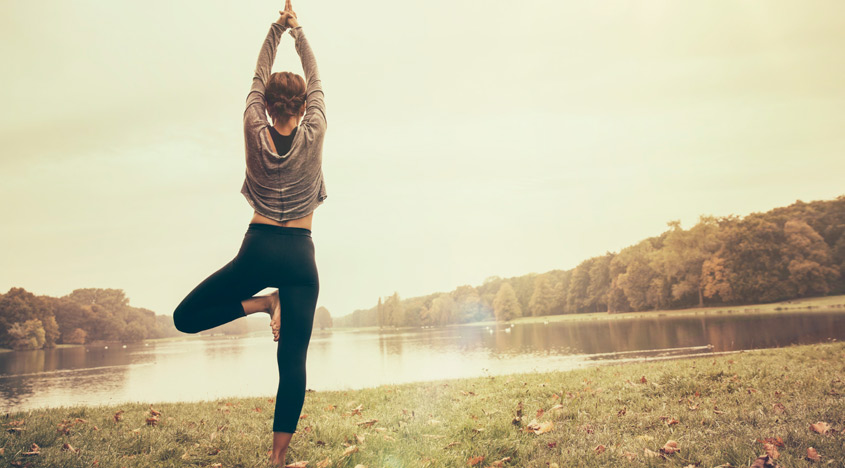 Exercise and Mental Health: Are There Connections?

We all know that exercise promotes healthier body and better sense of well-being. It boosts confidence for people who need newer self image while it prevents the aggravation of physical illnesses for some. While nearly all of the research on exercise is focused on demonstrating positive effects on the physical body, there is a growing mass of research that seeks to prove that exercise is good for mental health as well.

A study conducted by the researchers from the Duke University along with other similar studies proved that exercise could help treat depression for 60% of all the participants. This result is similar with the total number of participants who are using medications for their treatment from depression.

However, you don’t have to be a sufferer of a mental illness before you benefit from exercise. You can boost your sense of well-being while walking on the treadmill or by combining yoga and meditation. In a way, exercise could be used as a potential medium for preventing the development of psychological and emotional conditions.

There are three dimensions at which we could look at when examining the benefits of exercise in the mental wellness of a person. Among the less well known is the biological aspect.

One theory suggests that physical workout or exercise could stimulate a part of the brain to release endorphins. Activities that are more likely to trigger the release of endorphins are swimming, cross-country skiing, running, bicycling, aerobics and sports like soccer, football and basketball.

Endorphins are comparable to opiates in a way that they resemble morphine. Endorphins could work in two ways- as a pain reliever (which is produced in response to the stresses brought about by physical work or stress) and as an enhancer of well-being. There are, however, no definite data that could support this claim.

On the other hand, exercise is also found to trigger the release of hormones norepinephrine, dopamine and serotonin. All these are known to help improve mood and is actually the main effect of Prozac, a known antidepressant.

Increase in these hormones could be best observed in a condition known as “runner’s high”. This feeling during after an acute exercise is directly linked to the increased number of the said hormones. However, there are still no conclusive studies proving that improvements on mood could be facilitated for a longer period of time.

Another is the physiological aspect. Nearly all of the feelings we associate with mental wellness come from our personal evaluation of the way our body feels. Say for instance, if you perceive a stomach pain as a form of stress then you will feel stressed (and sometimes even depression) every time your stomach aches. Likewise, exercise could render feelings such as muscle relaxation and easier breathing which we associate with “feeling better”. While this correlation is yet to have a better scientific grounding, we still could not deny the fact that muscle tension and increased blood flow go together with physical fitness.

No one knows yet how exactly exercise affects mental health. But it is common among patients to view exercise as a good medium to elevate their moods. In fact, according to a survey conducted by the Charity Mind nearly two-thirds of all people who said that they use exercise to relieve symptoms of stress and depression believe that exercise actually works for them. The scientific community is yet to understand how this happens though and for now, it remains a truth that people benefit from exercise for mental health.