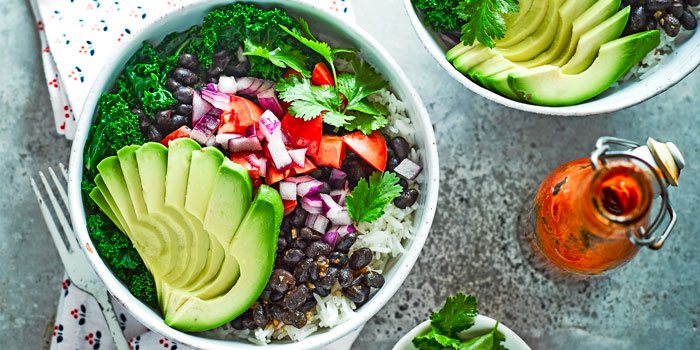 The Plant-Based Diet: Is Meat Good for You?

Imagine this scenario: your 12 month old baby is fussing because it is past his feeding time. You warm up his bottle of regular whole milk. No more infant formula. He looks healthy. You are feeding him well and you feel proud!

Wait a minute! There is something wrong with this picture.
It is the cow’s milk—the milk we all consume on a daily basis—1%, 2%,homogenized milk. White and seemingly so good for you!

Not so, says Dr. T. Colin Campbell Ph.D, Professor Emeritus of Nutritional Biochemistry at Cornell University who has authored more than 350 research papers. He is also Winner of the 1998 American Institute of Cancer Research Award, the 2004 Burton Kallman Scientific Award by the Natural Nutrition Food Association.

In “The China Study,” (Benbella Books, 2005), he presents the findings of a 45 year study and a 20-year partnership of Cornell University, Oxford University and the Chinese Academy of Preventive Medicine. And what is startling about the conclusions of his study is that cow’s milk ( 87% of which is made of the protein casein) actually encourages the growth of cancer cells in rats and humans. The China Study shows unequivocally that all meat is suspect: “nutrients from animal-based foods increased tumor development” while ”nutrients from plant-based foods decreased tumor development.”

What initiated Dr. Campbell’s study was not an attempt to justify vegetarianism. In fact, Dr. Campbell grew up as a farm boy in northern Virginia. For most of his life, he ate the typical North American diet—high in animal proteins, meat, eggs, whole milk, butter. But evidence from his own research pointed such an accusing finger at animal protein that he and his family adopted the plant-based diet fifteen years ago.
In the mid 1960’s, Dr. Campbell was recruited to the Philippines to develop a protein source for malnourished children. His interest then was on a protein source that was local and affordable—peanuts. However, the peanuts were often contaminated with ”aflatoxin” which caused liver cancer in rats and humans.

This led to a series of studies and tests which showed some surprising results:

The dietary protein used in these experiments was animal protein—casein from cow’s milk. When the same experiment was repeated with plant protein (Soy or Wheat), no cancer growth was discovered, even at the highest levels of protein intake. Rats fed 20% Soy Protein or Wheat Protein diets did not experience early tumor development at all. The cancer promoting factor was cow’s milk protein.

Even though these studies were performed on rats, the results were relevant for humans. In a subsequent study on the Chinese diet, Dr. Campbell made several crucial observations between meat-based diets and disease.

What are some of the lessons we can gather from Dr. Campbell’s China Study?

The question remains then–for all of us who have come this far–What can we eat? Dr. Campbell provides a very simple profile of the plant-based diet.

The facts are there and it is up to us either to ignore them or do something with them in our own lives. Nothing, however, speaks more powerfully than Dr. Campbell’s final words :
“We, as a society, are on the edge of a great precipice: we can fall to sickness, poverty and degradation, or we can embrace health, longevity and bounty. And all it takes is the courage to change.”