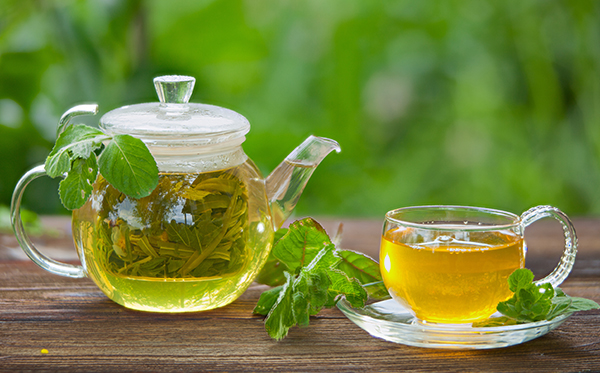 For several years now, we’ve been hearing about how green tea can prevent many serious diseases, including cancer. As the evidence mounts, it can be hard to ignore the fact that green tea is a powerful way to protect your health.

So, what is it about green tea that is creating so much attention? Well, it appears that the anti-oxidants in green tea are just as powerful as those in fruits and vegetables – possibly even more so. And, anti-oxidants are critical to preserving health and preventing disease.

As we convert the foods we eat into energy, we create free radicals in our body that can damage our cells and our DNA if left unchecked. It is believed that unchecked free radicals contribute to the development of many diseases, including cancer.

Anti-oxidants combat these free radicals so that they are not able to wreak such havoc on our bodies. Therefore, a diet rich in anti-oxidants is a great way to protect your health. Your best sources of anti-oxidants are fresh fruits, vegetables, and yes, green tea.

The research abounds to support the fact that green tea is healthy. Here are some examples.

Take a look in the March, 2004 issue of New Scientist Magazine. You’ll find numerous studies mentioned that suggest that green tea protects against many types of cancers, including lung, prostate and breast cancer. A study at Kyushu University in Japan showed that green tea slowed the growth of a certain type of human lung cancer cells.

Next, visit the US National Cancer Institute’s website and review their studies. You’ll find evidence that the anti-oxidants in green tea inhibited the growth of cancer cells and reduced the number and size of tumors in animals. You can view the press release on this study here: http://www.cancer.gov/newscenter/pressreleases/tea

Check out the May 2002 issue of the Archives of Internal Medicine. This magazine describes a Chinese study that showed that men and women who have been lifelong tea drinkers have higher bone mineral density than those who are not tea drinkers. The study involved 497 Chinese men and 540 Chinese women over the age of 30 who were asked about how much tea they drink as well as about lifestyle factors. Of the 1,037 study participants, 48.4 percent were habitual, long-term tea drinkers. The researchers found that those who had been drinking tea habitually for six to 10 years had higher bone mineral density in the lumbar spine, and those who had been drinking tea regularly for more than 10 years had higher bone mineral density in all body sites measured than study participants who didn’t drink tea regularly.

This same magazine reported on another study in December of 2005 that suggested drinking just one cup a day of green or black tea may lower the risk of epithelial ovarian cancer in women by 24 percent. By drinking two or more cups each day, you can cut the risk by up to 48 percent. This study was conducted over a 15 year period by researchers at the Swedish Mammography Cohort.

It’s important to report that there appears to be virtually no evidence that suggests that anything about green tea is unhealthy. Even studies which can’t necessarily support green tea health claims show that green tea has no negative effects.

So, in light of all the evidence, it seems that adding green tea to your diet is a wise choice. While we still need to do more research on the subject, there certainly is reason to believe that green tea is a powerful tool for protecting your health. In addition, there’s reason to believe that green tea’s effects may be more prevalent on certain types of cancers, and less prevalent on others.

And, even if it turns out that green tea doesn’t prevent serious diseases – there is compelling evidence that green tea is healthy. Green tea can support healthy teeth, and slows down the aging process, just as any other food rich in anti-oxidants. Plus, there is also research that suggests that green tea may speed up metabolism and help you maintain a healthy weight.

As you can see – you have nothing to lose. Even if green tea doesn’t make you live to an old age with no serious illnesses, it won’t hurt you. So, go make a cup of green tea. There’s little doubt that it will do something good for your body.