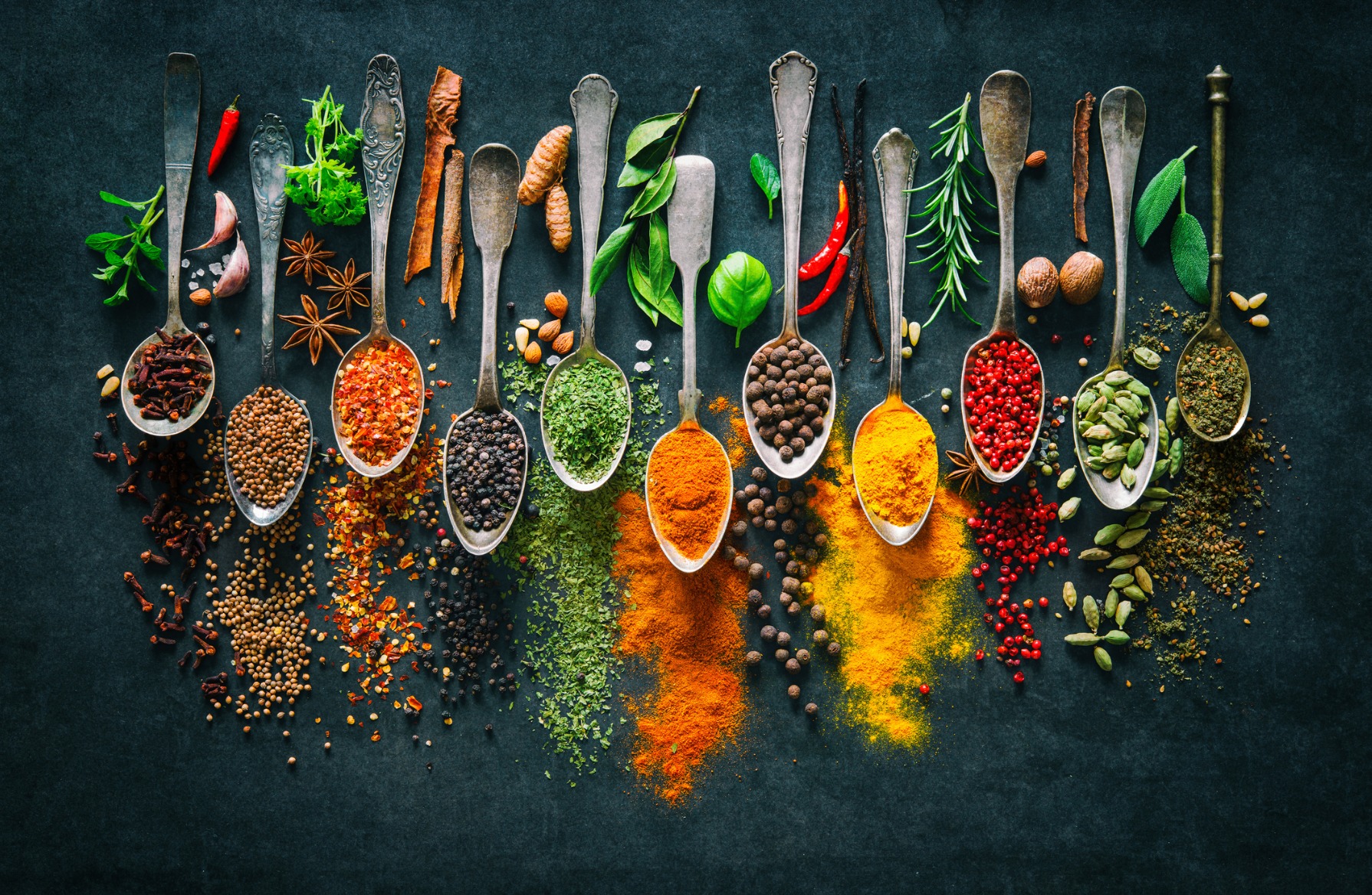 Spices vs. Herbs: What’s the Difference?

Spices and herbs are common in most foods around the world today. Both are used to flavor foods and some for medicinal purposes. Herbs and spices have both been prominent throughout human history. In earlier times, herbs and spices were considered luxuries and only available for the use of the wealthy.

Herbs and spices were also traded frequently between nations in medieval times. Many people do not know the difference between an herb and a spice. There are many similarities between the two, and some of the differences are very subtle, but they are still valid.  Essentially- both herbs and spices come from plants but herbs are the fresh part of the plant while spice is the dried root, dried stalk, seed or dried fruit of the plant and is almost always dried not fresh

The essential difference between an herb and a spice is where it is obtained from on a plant. Herbs usually come from the leafy part of a plant, and are usually dried. However, some herbs can be used fresh. Spices can be obtained from seeds, fruits, roots, bark, or some other vegetative substance. Spices are not necessarily as fresh as some herbs can be. Herbs can be found many places around the world, while spices are more commonly found in the Far East and tropical countries. Herbs are considered to have a few more uses than spices. For instance, herbs have been used more frequently than spices in the medical field. Also, herbs can and have been used to augment cosmetics and preserve foods.

Some argue that there is no distinction between herbs and spices, considering both have similar uses. However, a botanical definition reveals that an herb is a plant that doesn’t produce a woody stem. It is common knowledge that in certain areas of the United States, a dried herb is considered to be a spice. This leads to more confusion because if a spice is simply an herb, then there cannot be a difference between the two. However, believing this is ignoring the fact that many herbs tend to be leafy green substances and spices are found in plants that are tropical in nature.

Because herbs and spices have so many uses and are great food flavorings, they have played important roles throughout history. The Portuguese navigator, Vasco Da Gama, sailed to India in search of spices. Even Christopher Columbus described the types of spices available in the “new world” to investors after he landed. Herbs have been used throughout history for medicinal purposes. In Traditional Chinese Medicine (TCM), herbology (the study of herbs for medical purposes) has been used for thousands of years.

The debate between herbs and spices is ongoing. Some say that there is no difference, while others maintain that they are both completely different. Most learned scholars will say that the difference between an herb and a spice is found in where the herb or spice is obtained on the plant, and where that specific plant can be found.

More from DietMore posts in Diet »