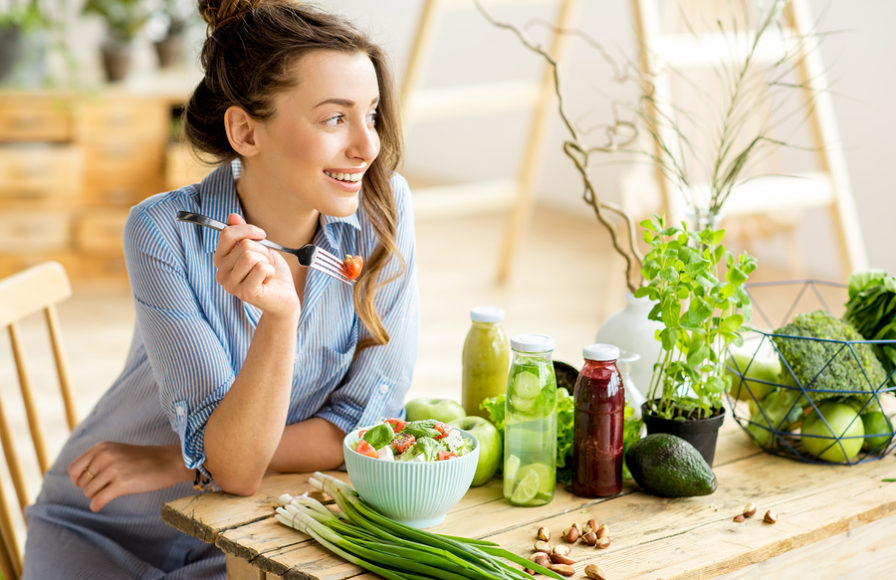 Prehistoric man learned thousands of years ago that it was a good idea to eat meat that was cooked, rather than raw. Since then, the human race has gone crazy, applying that same cooking idea to all foods. You can have too much of a good thing! Except for a salad, most people eat very little raw food. But in recent years, the focus on healthy eating and lessening the chances of contracting diseases like diabetes, heart disease and strokes has thrown the focus on raw foods.

What we’re talking about here is eating fruit, vegetables and nuts that taste good just as Nature intended them: in their raw state. That is quite a change for most people, so in order to make that change you need to know exactly why you should do it. You need to know why your raw food diet is good for you.

1. Foods have a higher nutritional value when they are raw. Cooking food destroys vitamins, protein and fat. It even breaks down the enzymes which are naturally in the foods and would help you digest them.

2. You will fuller more quickly in eating raw foods because they contain more water and more fiber and so fill you up more successfully. Your hunger will be satisfied so you can eat less on the raw food diet and that is one reason why people find the raw food diet helps them to lose weight.

3. Raw food is more flavorsome than cooked food is. That means that you have less of a need to add flavorings like salt and spice, all of which flavorings can irritate your stomach and other parts of the digestive system and be too stimulating for internal organs like the liver, which valiantly struggles to detoxify the body pf these seasonings which it sees as toxic.

4. The raw food diet is so low maintenance! People who hate spending hours in the kitchen preparing meals will love the simplicity of the raw food diet. You can even involve your children in preparing raw food; that way, they are more likely to eat it! That gives you a break and builds the child’s self-esteem.

6. There is less cleaning up after making a raw food meal. You can put any leftovers right on the compost heap and give back to nature, and you won’t have any greasy dishes with baked on food to deal with.

7. A raw food diet is great for your overall health and has even been shown to have a positive effect on serious chronic diseases like cancer and heart disease. This is because with the raw food diet one doesn’t have the problems caused by free radicals which are created in the cooking process. Fewer free radicals means less risk of cancer.

8. A raw food diet is rich in nutrients and so it gives you great natural protection against common illnesses like colds and flu and even less common illnesses such as measles. Raw food helps to keep your body fit and working well. You are also less likely to suffer from digestive disorders like gas, heartburn, constipation and indigestion.

9. The raw food diet is environmentally friendly. It encourages organic farming and we would use fewer energy resources because we wouldn’t be cooking the food or transporting it as far as we do now. Emissions of carbon dioxide would be reduced and there would have to be new orchards planted to keep up with the demand for fresh fruit. This would release more oxygen into the air and we’d help to minimize the Greenhouse Effect.

10. The raw food diet will enable you to save money. You will not only save money on food bills but also on energy bills, and also stoves, pots, pans – and medical bills!

The raw food diet is a great way to save your body, save your money and save the planet.

More from DietMore posts in Diet »