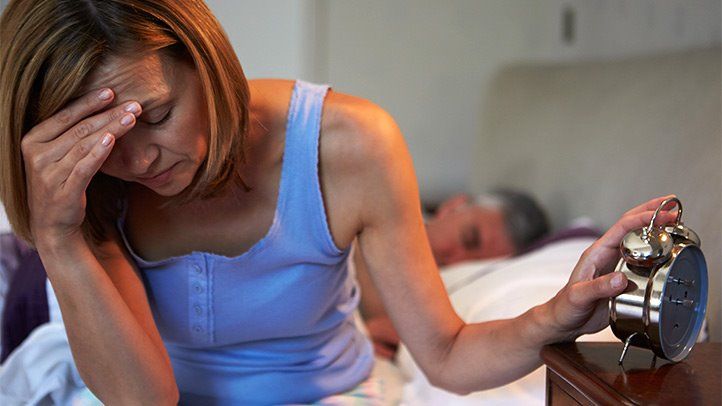 A bout of insomnia will often bring on a migraine in someone prone to them. Having a migraine will often lead to insomnia. It sounds like a vicious cycle, and, for some migraineurs, it can be.

Migraine is linked to a higher risk of insomnia and the majority of people with chronic migraine say they have insomnia almost every night. Insomnia is considered a risk factor for more frequent migraines as well. And having both migraine and insomnia puts you at a higher risk of depression and anxiety disorders.

Insomnia is characterized by the inability to fall asleep, stay asleep, or fall back to sleep if awakened unexpectedly. Head and abdominal pain from a migraine may exacerbate the inability to sleep in people already inclined to sleep disorders.

A 2005 study published in Headache, the journal of the American Headache Society, discusses the links between poor sleep and migraines. Most of the study participants reported some form of sleep trouble and over 50% attributed migraine onset to sleep disturbances at least some of the time.

Almost 40% of participants admitted to sleeping six or less hours a night. These “short sleepers” experienced more frequent and severe migraines than other migraineurs. Short sleepers were also more likely to wake up with daily headaches, a condition known as transformed migraines.

Over 85% of the study participants said they chose to sleep or rest because of headache pain and 75% said the pain forced them to sleep.

Insomnia and migraines have something in common. Serotonin deficiency is linked to a number of disorders, including migraines and insomnia. Serotonin is a neurotransmitter thought to be an important part of the body’s regulation of sleep, mood, appetite, vomiting, and body temperature. It is manufactured in the gastrointestinal tract, where 90% of it is produced, and the central nervous system, and then stored in the blood.

Insufficient serotonin levels are also associated with several gastric disorders. This may explain why so many migraine sufferers experience stomach problems prior to or during a headache. Lack of serotonin is also likely to be a major component in the phenomenon known as abdominal migraines.

Speak with your doctor to see how you can best take on your migraine pain, as some severe migraines may require medication.

Read here how you can avoid a migraine!