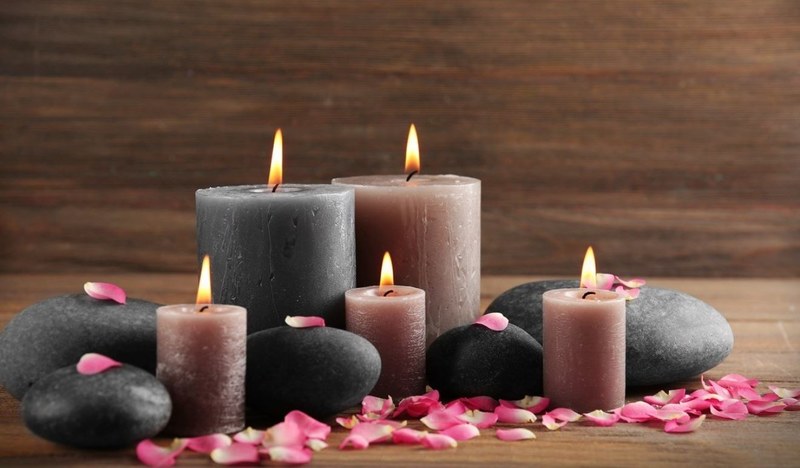 Are Everyday Candles Destroying Your Home And Health?

Did you know that most candles are made from the sludge in the bottom of a barrel of oil which is bleached and texturized with a chemical called acrolein?

They’re called paraffin candles and burning one puts all the same horrible toxins and carcinogens (cancer causing agents) into the air in your home that burning diesel fuel in your home would.

The National Candle Association estimates that more than 7 million people in the US alone burn candles every year.

But testing by the EPA has confirmed that those candles, and the smoke and soot they give off, contain several dangerous chemicals in significant quantities. These chemicals include known or probable carcinogens, neurotoxins and reproductive toxins.

The American Lung Association also warns that burning paraffin candles can emit toxins (in measurable amounts) into your home’s air.

It might shock you to learn that after burning just a few paraffin candles in your home, the overall effect on the quality of the air in your home could be worse than the air in major cities like Los Angeles!

Not only is your health affected, but the health of your pets and children as well.

Cathy Flanders who has been at the forefront of addressing health and safety issues involving candles says, “With the current ‘candle-craze’ and increased candle burning in homes, expectant Moms need to be aware of the fact that the emissions from some candles are toxic, reproductive toxins, neuro-toxins and/or carcinogens. This has been a growing cause for concern for the EPA and children’s health agencies.”

And it might hit your pocket book soon too. Not only is the price of oil spiraling out of control, but you might have a nasty surprise the next time you go to renew your homeowners insurance.

The NIA Group (Insurance and Financial Services) lists the following problems with paraffin candles in an article on their website:

“Another surprise is that the candle-making industry is not required to tell consumers about the ingredients used in their products, including when a wick is used which contains a lead core.”

These harmful chemicals can also cause health problems ranging from headaches, dizziness and allergy symptoms to asthma attacks, and respiratory tract infections.

Would you burn animal fat in your home?

Most of us would answer an emphatic “No!” or “Yuck!” to that question, but like something straight out of a horror movie, you might react in horror to realize that you probably are burning animal fat in your home when you burn paraffin candles.

That’s because many paraffin candles contain large amounts of animal fats to give them a more textured or rustic look.

So what’s the alternative?

Believe it or not, the answer comes from soybeans.

The soy plant produces a waxy substance that not only burns cooler, but can burn up to 50% longer than paraffin wax. Since soy wax is derived from plants, it’s a renewable resource that’s a pleasure for candle makers to work with.

Some of the surprising benefits of soy candles include:

As more and more people learn about the harmful effects of burning paraffin candles in their homes, they’re substituting soy candles with surprising results.

Karen Key, a mother of three in Washington state, had this to say, “I’m asthmatic and when I burn paraffin candles in my home, or get around smoke or perfume scents, my airway closes down and I start to panic. So I was more than a little nervous when a friend lit a scented soy candle in front of me. I have to say I’m completely amazed. Shocked is a better word. With soy candles I now have no problem breathing and I can finally enjoy the beauty and magic of candles in my home once again!”

So the next time you want to create a warm, inviting, and romantic atmosphere in your home, don’t destroy your home – or your health, choose all-natural soy candles as a healthy alternative.