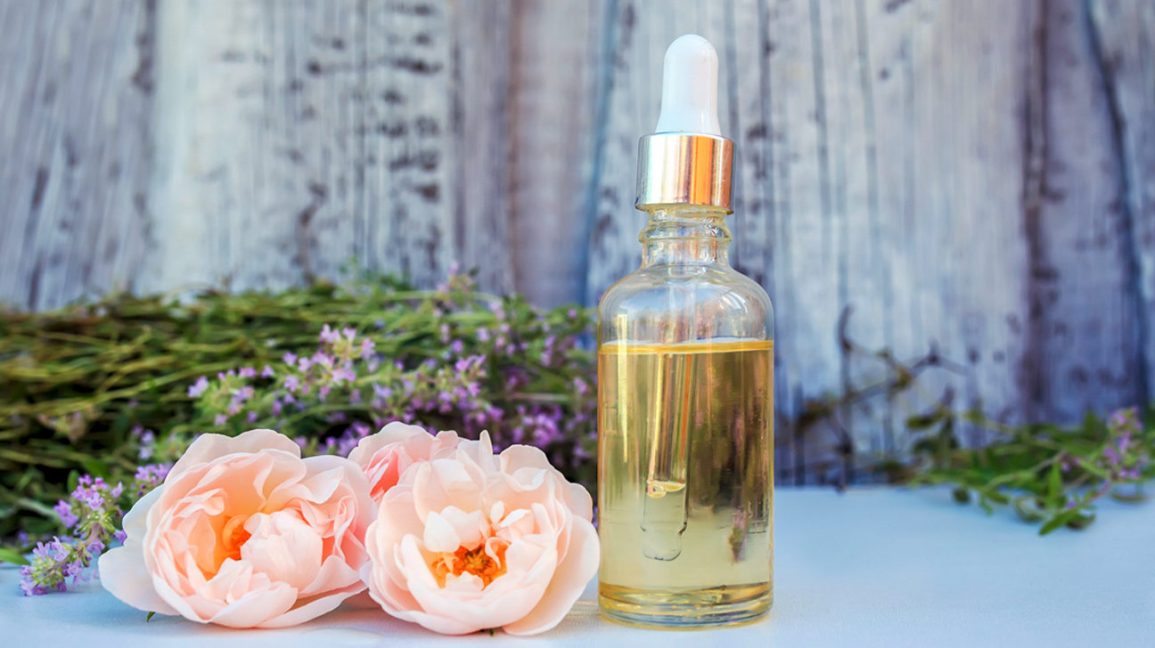 Rose Oil – A Gift From The Flowers Of Love

If there’s an aroma that more individuals find deeply moving than any other, it is the oil of rose. The scent is divinely sweet, rich, and deeply floral – exclusive to the extract of history’s most revered flower. Though the rose is renown for it’s fragrance, the flower actually contains very little aromatic oil by weight. Some 60,000 roses are needed to distill a single ounce of oil, or about 60 roses PER DROP, a fact which brings the seemly high cost of rose oil into perspective.

The Flower of Love

The hardy nature of the thorny rose bush and the flower’s magnificent beauty make it a horticulturalist’s dream. The genus Rosa has some 150 species spread around the globe, being cultivated in your grandmother’s backyard garden, in vast fields in Bulgaria’s Valley of Roses, and everywhere in between.

Roses have somewhat of a unique past, peppered with interesting stories and extravagant displays of affection. The flower’s association with devotion was perhaps most wonderfully expressed during the Roman empire, with banquet halls being carpeted with petals. Cleopatra once received her beloved Marc Antony in a room literally knee-deep in rose petals – how’s that for greeting? Roses are the unrivaled symbol of love, given dear ones through the ages as an affirmation of true affection. It’s no wonder the flower’s oil has great healing properties, both physically and emotionally, for the human heart.

With it’s considerable therapeutic and aesthetic value, the ‘queen of the flowers’ had a special place in medicine and perfumery in the ancient civilizations of Persia, Egypt, India, Greece and Rome. The modern healing tradition of the extract of rose began in the 17 th century with the writings of English physician Nicholas Culpeper. The herbalist described the use of red roses to strengthen the heart, it’s cooling and astringent actions, and its effect on headaches and tired eyes. Perhaps inspiring it’s use as a beauty tonic ‘par-excellence’, he went on to suggest it’s use as a remedy for a variety of skin complaints.

In aromatherapy, the psychological effects are wondrous for those with a broken heart, or other emotional wounds. Rose oil calms and supports the heart center, inspiring a sense of happiness and well-being. When rejection or loss has injured one’s ability to love and nurture, either themselves or those around them, rose oil can bring sweet and gentle comfort and allow an emotional ‘re-opening’.

It is the Bulgarian Damask rose, or Rosa Damacena, most often used in aromatherapy. The oil of this 36-petaled beauty is available in two forms: the ‘otto’, or true essential oil, and the ‘absolute’. Harvest of the flowers occurs in the early morning, before the sun’s rays has warmed away the aroma. Rose otto is made in a two step steam-distillation process; the first distillation yields an essential oil and a large amount of ‘rose water’. The water is again distilled, producing an oil which is combined with that from the first distillation.

The absolute is made with a different process entirely. Similar in a way to ‘effleurage’ (the pressing of petals in fat to produce an extract), the flowers are processed in a solvent, with a wax-like ‘concrete’ being produced. Through a second extraction of the concrete, rose absolute is yielded. This method is significantly more efficient than steam distillation, producing nearly 7 pounds of oil per 10,000 pounds of roses (distillation yields 1 pound oil per 10,000 pounds of roses), with a corresponding lower cost.

Does one produce a better oil? There is certainly debate; while some argue that traces of solvent are likely to exist in the absolute, others claim the heat of distillation does not result in a true representation of the flower. And as with either method, the quality and effect of the oil varies greatly with the experience and care of the manufacturer – the answer truly lies with the individual and the application.

Oil of rose can be utilized in a number of ways; it is very gentle, being suitable for use on the skin ‘neat’, in massage oil, and in a bath, as well as in a diffuser. As a perfume, the absolute can be worn directly on the skin – it’s ‘tenacious’ quality will have the aroma slowly released for many hours. For therapeutic use for the emotions, a dilution of 10% of otto or absolute in jojoba oil is often used, being massaged into the heart area – a diffuser is very effective for this purpose as well.

The absolute or otto can also be added in small amounts to any skin cream, though using a home-made natural recipe is often the nicest. Rose water, or hydrosol, the water resulting from the distillation process of rose otto, can also be used directly on the skin, with it’s mild astringent and toning properties.

A rose and lavender facial cream can be made using the following recipe:

Melt ½ ounce of beeswax in 4 ounces of jojoba using a double boiler. Add 3 ounces of distilled water in a thin stream while stirring vigorously with a wire whisk. Remove from heat and continue stirring while adding 20 drops of rose oil (absolute or otto) and 15 drops of lavender. Allow to cool, then enjoy this wonderful homemade cream for sensitive skin.

There are, of course, many ways to enjoy rose oil’s benefits. It is revered on many levels, from its pure aesthetic aromatic beauty, to its physiological healing and emotional uplifting.

True rose oil, with its great depth and sweetness, is easily appreciated by almost all who experience this natural wonder.