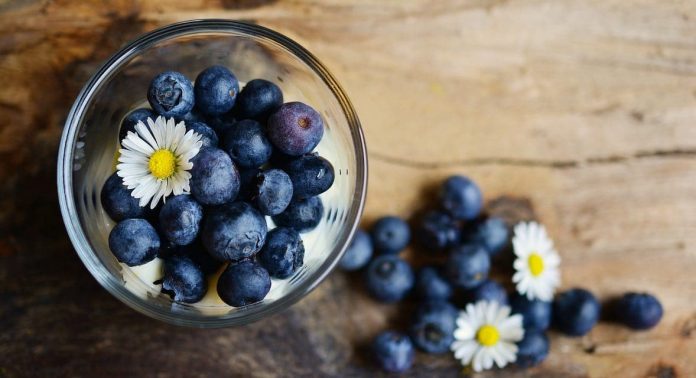 Blueberry season is almost coming. But this sweet, flare-crowned, indigo superfruit is more than just a mouth-watering delight to your craving senses. Would you believe that this favourite has a wide range of micronutrients that do not only protect the body from diseases, but also aging?

Blueberries, along with blackberries, strawberries, and plums, have the highest total antioxidant capacity of any food. It is being regarded as one of the “superfruits” having the promising combination of nutrient value, emerging research evidence for health benefits, versatility for manufacturing popular consumer products, and antioxidant strength.

Antioxidants are thought to aid in guarding the body against the detrimental effects of free radicals to cells and the chronic diseases associated with the course of aging. The antioxidants present in this fruit can protect the cell, so there is less chance for aging. Blueberries contain 14 mg of Vitamin C and 0.8 mg Vitamin E per 1 cup of blueberries. Blueberries also contain anthocyanins and phenolics that can also act as antioxidants. By scavenging the free radicals that destroy your skin’s connective tissue, antioxidants defend your skin and prevent further deepening of fine lines and wrinkles. Eating blueberries helps maintain the healthy structure of your skin for a youthful and elastic look  With this, the effects of blueberries to the skin are copious.

The compound anthocyanin, found in blueberries, is thought to slow down age-related loss in the mental capacity of humans. Those who eat more blueberries are thought to have better functioning in motor behavioral learning and memory. Anthocyanin also gives blueberries their color and might be the key factor of the blueberry’s antioxidant and anti-inflammatory properties. While it is thought that aging can decrease cognitive and motor functions, blueberries can be of huge help to improve mental functioning.

Blueberries also have positive effects to balance and coordination. In a study by Dr. James Joseph of Tufts University, it was found that a diet loaded with blueberries counteracted poor balance and coordination associated with aging. In this study published in the Journal of Neuroscience, Joseph fed four groups of rats a normal diet. But among these groups were given blueberries, spinach, or strawberries.

For 18 weeks, the rats were tested for mental functioning, muscle strength, coordination, and balance. The two groups which were fed with strawberry and blueberry extracts performed well on these tests, but the group fed with blueberries executed the most improvement.

Not only that, findings also showed that blueberries improved the neuronal functioning of the rats. Dr. Joseph suspects the findings are a result of blueberries’ rich store of flavonoids — phytochemicals that have an effect on cell membranes. These findings suggest that nutritional intervention can offer hope to those suffering poor balance and coordination related to aging.

A serving of blueberries provides a relatively low glycemic load while providing a diverse range of nutrients, which also means there are fewer calories (good news for calorie-watchers) in a serving full of phytochemicals and nutrients such as iron, vitamins C and E. Because of the phytochemicals present, the risk of acquiring some deadly diseases may also be prevented.

Anthocyanins, proanthocyanidins, flavonols, and tannins found in this wonderful fruit may help prevent cancer by inhibiting some cancer mechanisms. These components protect the DNA from damage and disintegration caused by free radicals.

At a symposium on berry health benefits, there have been reports that eating blueberries and other similar fruits like cranberries may improve the cognitive deterioration occurring in Alzheimer’s disease and other conditions of aging. Blueberries may help lower the damages of stroke.

With blueberries, your tongue, and more importantly your health would get the best out of it. Well, even without all these benefits in mind, who wouldn’t die for a serving of blueberries? Hmmmm… Anyone?