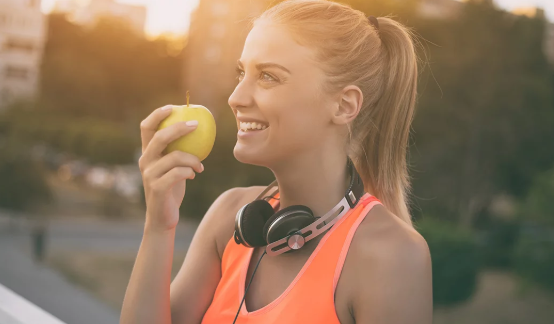 You Are What You Eat – Genetically Modified Food

Whenever we sit down to eat, we assume that the foods we consume are good for us, like milk, vegetables, fruits, and grains. Well, think again. In the last decade the foods we know (corn, tomato, potato, soybean, strawberries) have drastically changed due to the introduction of genetically modified (another word is genetically engineered) organisms in 1994. Over 60% of the items on your local grocery store shelves these days are genetically modified, and these items are not labeled as such.

What is genetically engineered food?

Simply put, foreign genes are inserted into a plant for the purpose of either protecting the plant from insects or from frost. Since the plant cannot protect itself from the bugs or frost, why not give it a gene that does? For example, fish genes from a fish that weathers the cold has been introduced into strawberries so that they can also resist the cold. This process is not simple. For an insecticide gene to be inserted into the DNA of the plant and to be activated, extra genes are needed to trick the DNA into allowing this foreign gene to enter it. An “antibiotic resistance marker gene” and a promoter gene (cauliflower mosaic virus) are those extra genes that are inserted along with the insecticide or frost gene. For example, the most widely grown type of genetically engineered soybean, Monsanto’s herbicide- resistant “Round Up Ready” soybean, contains genes from bacteria cauliflower virus, and petunia.

What does that mean for us, the consumer?

This means that we are eating built-in insecticides in our foods. Genes from completely unrelated organisms such as moth, bacteria, pig, or fish have been introduced into genetically modified plants, and we are eating them. Regulatory officials have stated that these genetically modified foods are supposed to be degraded in the stomach, and thus do not cause any problem. However, this is not the case in real life. An independent study showed that a proportion of large fragments from genetically modified food were not degraded and were observed up to two hours in the digestive system. The longer these fragments don’t get broken down, the more likelihood of an immune response against them. The body’s immune system kicks in and the results are allergic type symptoms. It is known that allergies have increased in the past decade or so for young children. Can genetically modified foods be one of the possible reasons?

Even after these foreign genes are introduced as a package into the plant gene, there is no control as to where they will be inserted into the plant’s DNA. This is a random event, and often takes thousands of tries before it is successfully implanted into the plant’s DNA. The actual location in which the foreign gene is inserted in the DNA is random and unknown, which makes for unreliability of the process.
It is unknown what the foreign gene will do to the makeup of the DNA in a human’s body. The cauliflower prosaic virus (similar properties to Hepatitis B and AIDS virus) is inserted along with the insecticide gene as a promoter, and how do we know if that virus will not do us harm? There have been several instances when viruses previously thought to be restricted to animals have been found to jump species boundaries and affect humans also.

In 1998, Professor Arpad Puztai of Aberdeen’s Rowett Institute fed several young rats on genetically modified potatoes that carried genes from the snowdrop and jackbean for 110 days (equivalent to 10 human years). The rats suffered from slightly stunted growth and their immune systems were compromised and were therefore more likely to be vulnerable to disease.

A village of thirty-nine people living adjacent to a large field of Bt-maize (Dekalb 818 YG) on the island of Mindanao in the Philippines were stricken by a disease with respiratory, intestinal, and skin reactions, and fever (2003). These symptoms occurred when the maize was producing airborne pollen. The maize was genetically engineered to produce the insecticide called Bacillus thuringiensis (Bt). In response to Bt-toxin, IgA, IgG, and IgM antibodies were detected in their blood samples, indicating an immune reaction to GM maize pollen. When four of these villagers left the area, their symptoms subsided. As soon as they returned, the symptoms came back again.

Without the labeling of GM foods, we cannot possibly begin to trace any harmful effects caused by them. We don’t know the long-term effect of eating these foods because there are no studies done. The FDA says that the burden of safety is on the manufacturer. Consumers need to contact their congressmen and let them know that they want genetically modified foods labeled. Until these labels are put on foods, there will not be any accountability on the part of the manufacturer. Until then, consumers can protect themselves by eating only organic foods.

Environmental issues have arisen from these genetically modified plants.

Weeds – increasing. Genetically engineered plants are supposed to need less pesticides, and this was the case the first few years they were grown. However, a November 25, 2004 report released by the Northwest Science and Environmental Policy Center showed increased pesticide use by about 50 million pounds for the planting of 550 million acres of genetically engineered (GE) corn, soybeans and cotton in the United States since 1996. Many farmers have had to spray more herbicides on GE acres in order to keep up with the weeds that are becoming tougher-to-control species.