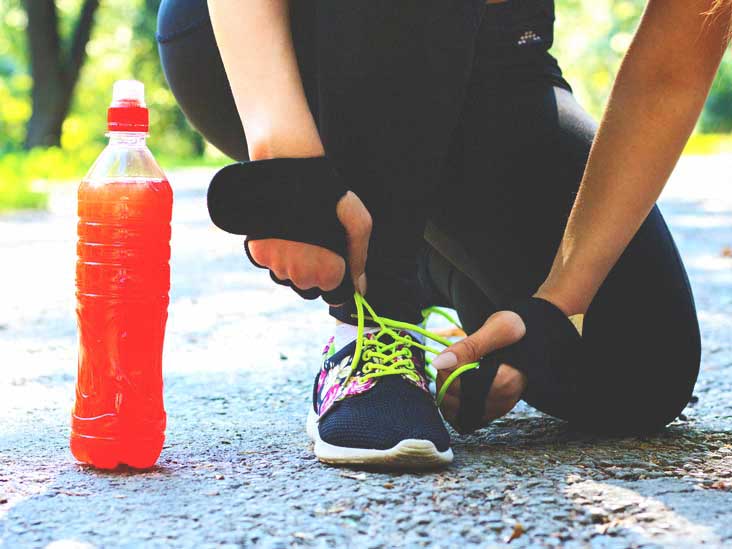 Get Instant Energy — Without Those Energy Drinks!

In today’s world there is no such thing as too much energy. Everyone wants energy, as much as they can pack in. And they want to have the energy instantly. Energy drinks have filled in this modern human need quite effectively. They give you the instant burst of energy that you always wanted. Energy when you need it — like flicking a switch.

Many people go for energy drinks at times of increased physical and mental stress — to improve their alertness, concentration, and performance. Surveys have shown that many of the world’s top athletes and drivers consume energy drinks. Many people with active lifestyles depend on energy drinks to revitalize their body and mind. While the short-term effectiveness of energy drinks cannot be disputed, their long-term effects need to be carefully studied.

Most energy drinks are said to provide a combination of B vitamins, amino acids, and stimulants such as caffeine or guarana. Energy drinks come in different fruity flavors. What energy drinks do is convert sugars contained in them (fructose and glucose) into energy and at the same time stimulate the red blood cells to release more oxygen. This is the source of the instant energy in the energy drinks.

Energy drinks also contain citric acid which is harmful to the teeth. The unpredictability of the use of energy drinks lies in the fact that they produce different reactions in different people. Energy drinks have stimulating properties that can boost the heart rate and blood pressure. Taken in excess, energy drinks can dehydrate the body and, like other stimulants, they also prevent sleep.

But as long as the modern world demands high-intensity bursts of energy from the human beings who run it, people will continue to consume energy drinks. The question is how to get instant energy without the drawbacks associated with energy drinks.

Fortunately, there is a way out. The wonder sugars that can keep you in a high-energy orbit without the harmful effects associated with energy drinks have now been discovered. A lot of research is currently going on into the role played by glyconutrients, a class of saccharides usually found in plant sugars, in the development of the human body. Glyconutrients are called ‘sugars that heal’ for the amazing role they play in human health.

Glyconutrients are necessary for some of the fundamental biochemical processes in the body, such as cell-to-cell communication. Eight of these sugars have been identified as particularly useful for the body. Our diets usually provide us with two of these eight sugars. The rest of the sugars can also be supplemented by taking fruits and vegetables. But glyconutrients are found only in fruits grown organically and these have to be consumed within 24 hours to get the right amount of nutrition.

Energy drinks and supplements with glyconutrients – called glyconutritionals –are now available. For your body to be free of fatigue and to perform optimally, the bodily functions have to take place like clockwork. This is what the glyconutrients do – they keep the communication links open between cells.
With glyconutrients keeping cellular communication pathways open, and the immune and endocrine systems in top working order, your body will not feel any fatigue.