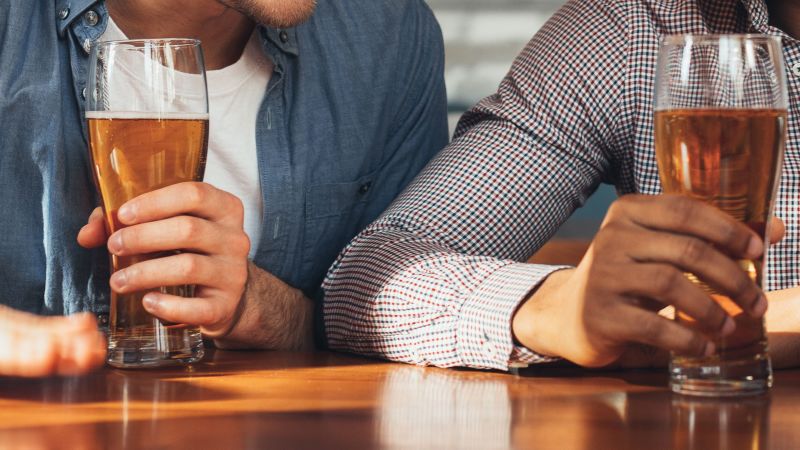 Beer And Fitness – Can You Drink Beer And Stay Fit?

This week I was asked an interesting question concerning drinking beer and exercising. It seems that a former Navy Radioman has developed quite a gut since retiring, and was curious about whether he should give up his beer to lose weight? Not only does the gentleman enjoy drinking about 2-4 beers daily, he also has quit exercising. Moderate beer consumption is actually healthy, so I set out to define “moderate” as well as educate on the basics of caloric intake and caloric expenditure. The radioman is not suffering from a beer belly but an INACTIVITY BELLY! Yes, you can still drink beer and be very fit.

Over 90 million Americans enjoy drinking beer! Drinking moderately has been proven by many doctors, as well as the New England Journal of Medicine, to be a healthy component of longevity. In fact, moderate consumption of alcohol, including beer, has been proven to reduce the effects of high cholesterol, heart disease, some forms of cancer and even impotence.

Anything done in excess is naturally unhealthy. “Moderation” is defined by most doctors as 1-2 beers a day. And NO, you cannot save up through the week and catch up on the weekend drinking 10-12 beers in an evening. That is NOT moderation. There is even a US Beer Drinking Team that links beer enthusiasts and promotes moderation, responsibility, and healthy living.

The average can of beer has over 100 calories. Drinking one beer is equivalent to eating a chocolate chip cookie. Drinking four is equal to eating a Big Mac Hamburger. In order to lose weight, you have to burn off these extra calories as well as the other calories that you ate for breakfast, lunch and dinner. Even the lightest of beers has the empty calories of alcohol, which is the cause of poor health if done in excess and without a regular exercise routine. Unfortunately, too many Americans live under one of the worst stereotypes placed on a human being – the BEER BELLY, or as I call it, the inactivity belly.

The “inactivity” belly is caused by excess calories in your diet AND lack of activity to burn the extra calories. The solution to lose your beer belly is as simple as calories in must be less than calories out (or expended through exercise).

Moderation in your beer drinking balanced with equal caloric intake vs. caloric burn-off from exercise. It’s as simple as that.

If you can add exercise into your schedule for 20-30 minutes a day, your daily consumption of alcohol (1-2 beers) will not have any additional impact on your gut. To lose your beer belly, you REALLY have to watch your food and beverage intake, drink 2-4 quarts of water a day, AND fit fitness into your world. THERE IS NO OTHER HEALTHY ANSWER! The exercise and workout ideas below can get you started on your calorie burning plan:

Workout #1: This is a great full body calorie burner:

Workout #2: Swimming and elliptical gliding (cross country skiing) burn the most calories per hour (This workout can burn up to 1000 calories in one hour!)

On the whole, and especially if you exercise, science would advise that one or two beers is fine. In other words, unless you have a habit of binge drinking, you’ll be okay. Current evidence suggests that if the occasional beer has an effect on your gains, positive or negative, this effect is small—small enough that if a refreshing pint of your favorite beer is your way to unwind after a hard workout, then you can drink without guilt.

There is no reason why you cannot have “six pack abs” and still drink a six pack a week. Once again, excessive beer drinking is not recommended by anyone in the health industry. If you simply enjoy drinking beer and are serious about your health, moderation in drinking alcohol and eating foods high in calories, combined with habitual daily exercise is your ticket to reaching your goals.