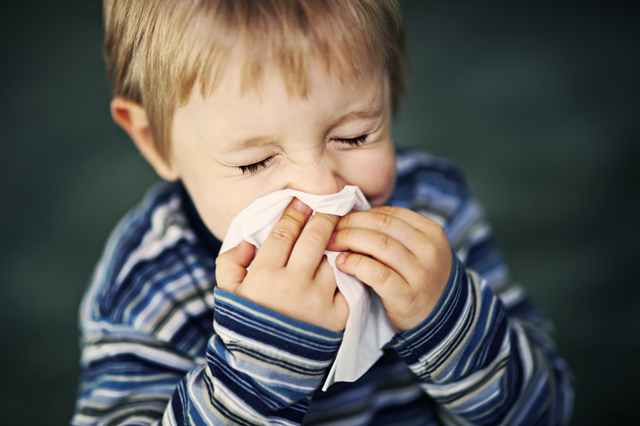 The common cold. We have all gotten one, some more than others. Some even multiple times a year.

Common Cold is caused because of upper respiratory system infection due to cold virus. This infection affects parts such as ears, nose and throat. There are about two hundred known viruses which are responsible for common cold, out of which rhinovirus is the most common. Because of this great number of viruses, there isn’t any shot or vaccination available which helps in preventing cold. The best solution to the cold is human body immune system. Majority of a child’s visit to the doctor will be because of cold. According to an estimate, a child catches cold nearly eight times in a year and each time it last up to a week or so.

Cold viruses usually spread by sneeze or cough from the infected person. The wet and slimy substance inside the nose, called mucus, is the carrier of the virus. When a person cough or sneeze, the mucus drops come out of the mouth and when other persons breaths in these droplets they catch cold. Cold can also spread by handling of contaminated stuffs like towel, door knobs, school desk, etc. If a person touches a contaminated towel and then touches his nose or eyes, there is a great chance of getting an infection. Therefore, it is a good habit to wash the hands regularly and keep them germ-free.

The cold viruses have docking points which helps it to stick to the interior of the nose. It then controls the nose’s cell lining and begins to multiply into more viruses. White cells are responsible to fight these viruses inside the nose. They even kill them and finally get victory after seven days. Sneeze and runny nose actually prevent the viruses to affect the rest of the body parts. A person sneezes when the nerves inside the nose detect irritation and take the help of the lungs to push them out by letting out a blast of air through the mouth and the nose. The air, while sneezing, comes out at the speed of hundred miles per hour faster than cars on the road.

Once the child contracts cold viruses, they take two to three days to develop and show symptoms. There are many symptoms of cold. The child becomes cranky. He will complain of headache, blocked nose, cough, sneeze, sore throat, muscle ache, nasal cavity congestion and will become exhausted. Low fever can also accompany, along with body chills. Medicines do not speed up the process of healing as the viruses complete their cycle irrespective of the intake. But they do suppress further growth and make the child feel better.

Children shouldn’t take any medicines on their own, thinking that it’s just a cold. Parents should supervise the dosage and medicine being taken. And in turn, the parents should follow a doctor’s prescription. Decongestants help to decrease the wise of the swollen nose lining, which makes breathing easier. Antihistamines help to dry the mucus and stops sneezes and runny noses. Ibuprofen and acetaminophen can be given if the child is experiencing headache and muscle ache.

At home, parents should give hot food and drink to the child as they help to soothe soar throats and coughs. The heat also clears up the mucus. Chicken soup is an age old remedy for common cold. Steamy showers are another good option as they help with stuffy nose. Itchy eyes, scratchy throat and stuffy throats can also be treated with humidifiers which spray cool and fine mist. They also loosen the mucus. The nose should be blown regularly to let the mucus out of the body. It is a good idea to use disposable tissues instead of regular handkerchiefs. Complete bed rest for a day or two is greatly suggested.

The best precaution that can be taken is eating healthy food and balanced diet so as to strengthen the immune system. The child must exercise regularly in order to stay fit and sleep adequately. Children who are stressed out more frequently are more prone to have cold. Therefore, it is good if the kid takes extra rest and goes to bed early on some days. And when the child is suffering from cold, he should relax and take bed rest as much as possible.