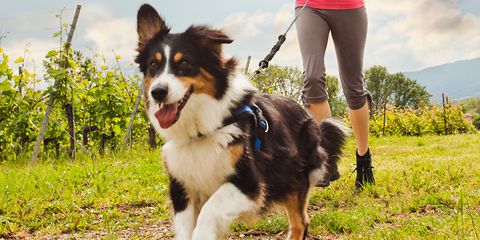 If you think arthritis, that debilitating disease characterized by chronic pain in the joints, only occurs in humans, think again. The disease can also occur in dogs. In fact, arthritis in dogs is a fairly common pet disorder.

There are many factors where arthritis in dogs can be attributed to. The disorder could arise from destruction of tissue in the joints and around it that occurs subsequently often after an infection. It may also be congenital in nature, affecting structural architecture. Some forms of arthritis in dogs are due to stress and trauma to join surfaces and supporting structures. Other forms may be due to a disorder of the immune system wherein the body’s autoimmune response is directed on its own tissue, leading to joint tissue inflammation and degeneration.

But no matter the cause of arthritis in dogs, one thing is certain: it causes your beloved pet to suffer heedlessly under chronic pain and stiffness, leading to immobility and sometimes even permanent disability.

How do you stop it?

As is most often the case with chronic disorders like arthritis in dogs, early detection may be the key to halting disease progression. So identifying the signs associated with arthritis in dogs is an important task and one that is easy enough to do, once you know what to look for.

Signs and Symptoms of Arthritis in Dogs

Unlike humans, dogs have no way of communicating the pain suffered because of arthritis. They cannot come right up to you and say that they are suffering pain. Neither are they prone to displaying signs of weakness. Dogs are still animals and animals are often stoic as a form of survival tactic. So the active role of recognizing the signs of arthritis in dogs falls on your shoulders and you must be vigilant in this task.

The first signs of arthritis in dogs are often subtle. If you notice any outright limping or vocalizing of pain, that means the end stage of long term joint degeneration. As it may be too late by then, try actively looking for subtle changes in your dog’s behavior and appearance, such as increased weight gain, sleeping more, less interest in playing, and a change in attitude or alertness.

Some dog owners recognize that something was wrong when they observed that their dogs seemed more careful when lying down. It was not that the dog howled in pain. It was just that it was needlessly careful. After a visit to the vet and a couple of x-rays, it turned out that the dog was suffering from mild inflammation of the joints caused by arthritis in dogs.

Sudden weight gain is a sure sign that your dog is not mobile enough. Immobility may be due the fact that it is too painful for your dog to move around so it opts to spend its days sitting about, not moving at all.

Our pets are family, so it’s important for us to look after them. If you think your furry friend might be suffering from arthritis, it’s urged you take them to the vet as soon as possible to get them the relief they need.