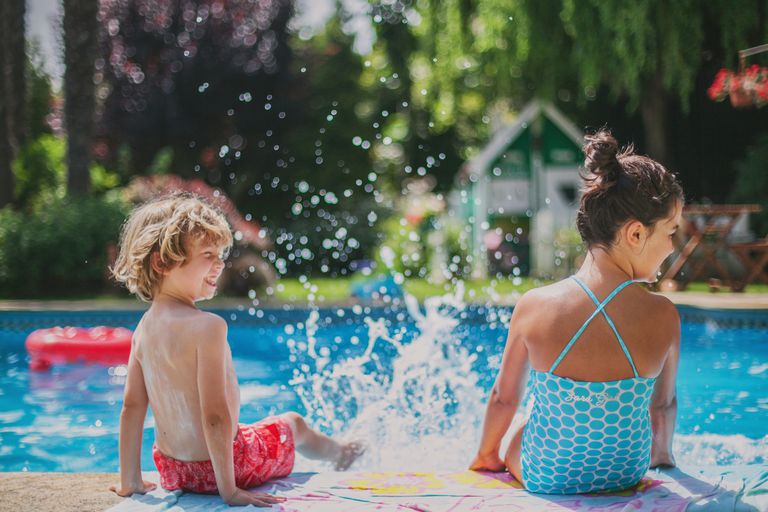 Swimmer’s ear is bacterial growth infection inside the canal of the ear. It is also known as Otitis Externa. It differs a lot from ear infections which are dealt with on a regular basis, which is contracted at times when the child catches a cold. The common ear infection is known as Otitis Media, in which the middle of the ear is infected. In case of swimmer’s ear, the ear canal which leads towards the ear drum is infected by bacteria. The first symptom is that when the finger is stuck inside the ear canal, it will hurt a lot. In normal cases, it won’t hurt at all.

The skin within that are is very delicate and hence, is protected by nature by a thin earwax coating. Usually, water can easily glide inside and then outside the ear without any problem. But when the water cleans some or all of the earwax and if some of the water is retained inside, the bacteria will take advantage of this situation. Chemicals in the water aggravate the situation by increasing the irritation. It starts growing within the soft and warm ear canal and can cause swelling and redness. A slight itchiness also accompanies it. But the child must be instructed to not to scratch, otherwise there is a greater chance of the situation becoming worse. If there is no itchiness, obviously there will be pain, which is the initial symptom. The ear should not be bumped or touched even from the exterior, as that will cause intense pain. Hearing can become difficult due to the bacterial infection as that will swell the ear canal and block the passage.

The pain and itchiness can only be gotten rid off by fighting the infection and killing the grown bacteria. In usual cases, ear drops are prescribed by the doctor. These ear drops have antibiotics which are meant to kill the bacteria. The dosage and number of days to use the ear drops as told by the doctor should be strictly followed. If the doses are missed there is a possibility of bacterial re-growth.

A wick is also introduced inside the ear, sometimes. This wick actually is small piece of sponge with absorbed lotion. The wick is left inside then. This procedure is used when the doctor thinks it is important to apply medicine directly to the part of the ear canal which is infected. If the pain is unbearable by the child, parents can give pain killers, but only after taking suggestion from the doctor. Once the antibiotics begin working, pain killers can be stopped.

Swimmer’s ear cannot be just attained cause of water entering the ear at the time of taking baths or showers. Children, who have joined the summer swimming camp, can complain of this problem. After the swimmer’s ear is treated, the child shouldn’t swim immediately.

Doctor, usually, advises them to stay away from water for a week or two. The time period may sound very long, but it keeps the pain away for a long time. Special ear drops are available over the counter which can be put inside the child’s ear after swimming is over. This will dry up any water inside the ear, if any. Swimmer’s ear can also be caused when inquisitive kids try to stuff things inside the ear and thus damaging it. Bacteria get a chance of developing on the scratched area. In this case, only parent’s supervision will do the trick.