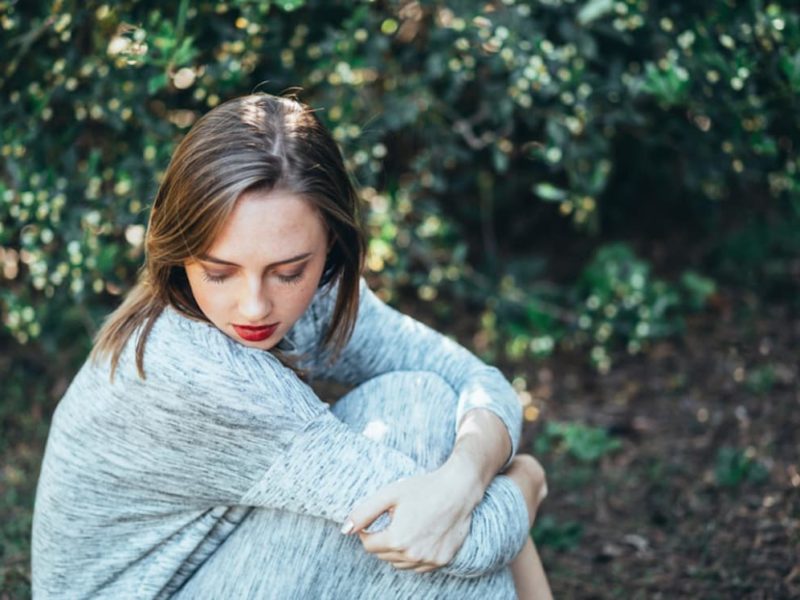 People have likely been fighting depression for as long as civilization has been around, though only recently has there been pharmaceutical ways to fight it. However, there are also a number of herbs and plants that can be used to help fight depression. Gingko-buloba,Valerian,and St.John’s Wort can all be used as a natural antidepressant, in lieu of modern medication.

Though no records of such cases exist (this could be due to any number of reasons), it is possible that mankind has suffered from the problem that is depression for as long as there has been civilization to depress people. There have been herbal treatments for almost every condition known to man, with some of them actually being found to have a decent scientific basis for the lore. While recognizing depression as a problem and not merely sadness is a relatively modern phenomenon, that does not mean that the herbal lore of the ancients should be disregarded. As amazing as it might sound, it is possible to find a natural antidepressant in today’s market.

The most commonly suggested natural antidepressant would be St. John’s Wort, which has also been suggested as an herbal remedy for everything from constipation to muscle pain. According to medical science, the leaves contain a number of natural antidepressants or chemicals that often appear as base ingredients in a wide range of common depression medication.

Typically, using this can have noticeable positive effects on mild depression in about two weeks. However, for more severe cases, the usual time frame is closer to around six months of regular use. St. John’s Wort should be taken with food, but taking it with alcohol should be avoided to minimize the chances of developing side effects. Note that this has been known to interact with other medications, so a pharmacist might also be consulted for more information.

Gingko-biloba has also been cited as a potential natural antidepressant, though there hasn’t been too much testing on this possibility. This particular substance has a number of components that boost the blood circulation to the brain. Since depression can be caused by a lack of proper blood flow to the brain, the use of gingko-biloba can be helpful in this regard.

However, it should be noted that not all cases of depression are caused by a lack of proper blood circulation to the brain.

In other words, this may not be the best treatment for every depressed individual, depending solely on what caused the depression in the first place. Gingko-biloba, according to some recent findings, can be successful in treating depression in cases where standard medication fails.

Valerian, which has long been known as an herb that can combat anxiety attacks, has also been linked to depression. Since anxiety and depression tend to be encountered in the same patients, Valerian has sometimes been used as a means of treating both conditions with just one herb. Valerian has also been used to treat insomnia, which is similar to anxiety in that both are medical conditions that are often closely linked to depression. Valerian works by releasing a number of compounds into the body that boost production of gamma-aminobutyric acid, which is an inhibitory chemical used by the central nervous system.

Gotu kola, an ayurvedic herb, has also been used as a natural antidepressant. Among practitioners of ayurvedic medicine, in is known as brahmi. The dried stems, flowers, and leaves of this particular plant contain a host of components that can be useful for treating depression and anxiety, including asiatic acid and madecassic acid. It has also been known to help people improve their moods, as well as having benefits for memory and concentration.

These supplements are great natural antidepressants, but if you find your depression may be getting more severe, please speak with a doctor and seek consultation.