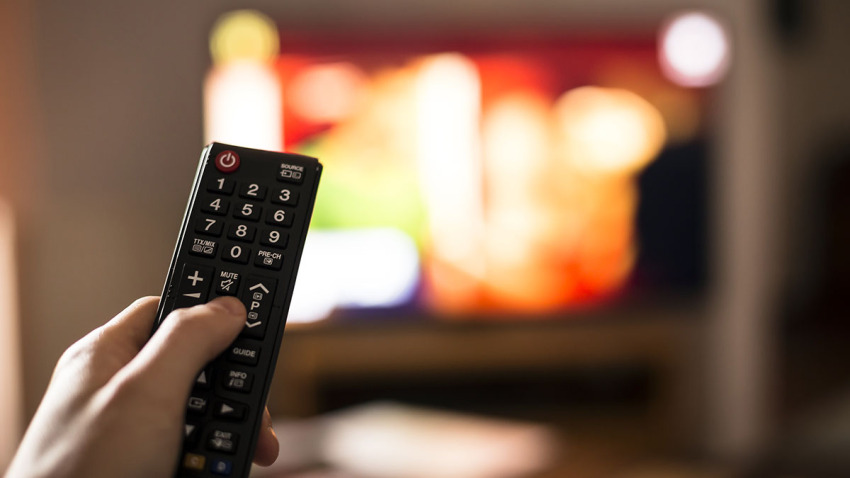 Turn Off the Tube and Watch the Pounds Melt Away

Television is America’s most popular form of entertainment.  Every night, millions of viewers tune in to catch an episode of their favorite law-and-order show, game show, or sitcom.  And America’s love affair with television shows no signs of abating anytime soon.  Screens are getting bigger; reality shows are proliferating; and television has quickly become the top source of information for the average American.

A study conducted at Stanford University a few years ago showed that children who reduced the amount of time they spent watching television were leaner than those who did not curtail their viewing time.  Given the fact that obesity among youngsters is on the increase, tube time is a significant public health concern.  It has been shown that children who are overweight are at greater risk of suffering from heart disease and hypertension.  Therefore, anything that promotes weight gain should be eliminated from children’s lives—and television certainly falls into that category.

For most children, watching TV involves more than just viewing cartoons.  It means playing video games, watching music videos, watching videotapes, and general channel surfing.  It has been estimated that the average American watches as much as four hours of television a day—a large amount, by any measurement.  Children’s dependence on television may be difficult to break, given the fact that television is so much a part of the American culture.

There are other reasons why television may promote obesity.  Children’s programming is filled with commercials touting sugary cereals and candy bars.  It has been shown that children are heavily influenced by television advertising; therefore, they are far more likely to indulge in sweets after watching television on a Saturday  morning.   Since freedom of speech makes it difficult to ban commercials featuring non-nutritious foods, it is up to parents to monitor their children’s television viewing.  Also, parents need to steer clear of the sugary cereal aisle when going grocery shopping.

Another reason that television is linked to obesity is because it promotes inactivity.  Many people watch television by lounging on a sofa, bed, or futon.  They can burn few calories in a prone position.  Also, the fact that they’re watching television means that they are not engaging in physical activities such as exercise.  Television promotes a sedentary lifestyle that leads to additional weight gain.

But how can you effectively fight television?  Some families have actually thrown out their TVs in the ultimate show of defiance.  If you aren’t ready to take such a drastic step, you might consider limiting your family’s viewing time to a single hour each day.  Another idea is to hold a “no TV” night where you encourage your children to engage in sports, games, and other activities.  Forcing your children to plan their viewing can be another effective step.  That way, they won’t waste precious time cruising through the TV channels.

It is true that television cannot shoulder the entire blame for childhood obesity.  However, medical research has now shown it is a contributing factor.  There are also indications that excessive computer use can also contribute to weight gain.  In fact, this might be the major health issue of the future, since so many children are doing their research on line and typing their reports using computer keyboards.

As a parent, in order to ensure that your children are a healthy weight, you have to be actively involved in their lives.  Monitor not only what your children are watching, but also what they are eating.  Encourage healthy snacks whenever possible, and discourage snacking while watching television.  Requiring your children to eat at the dining room table rather than in front of the television can also be an important step.

In the end, being involved in your children’s weight reduction program is the key to ensuring that they lead healthy lives.

And this goes for everyone, not just children. Plunking ourselves in front of the TV should be limited. Something else to try, stay active while watching TV. Use a stationary bike- anything to keep the body still moving if you can!